Henry Lovelett was born on April 3, 1844 in Rye, New York to parents Harvey and Mary Sniffen Lovelett.  Prior to enlisting, he was an apprentise shoemaker and single.  He enlisted in Company B of the 49th New York Infantry Regiment, for a three-year period.  According to the North Castle Town Clerk's roster, he enlisted in Scarsdale, New York on September 6, 1861, at the age of 17.  However, according to the New York State Division of Military and Naval Affairs, Unit History Project, he was 22 when he enlisted in Portchester, New York on August 25, 1861.  Henry, his brother George, William Strang and Richard Boice all enlisted al the same time and served in the same Company.

Henry died of the "sickness" (typhoid fever) at the army hospital in Camp Griffin, Virginia on Christmas Eve 1861.  Private Lovelett's WPA file card credits him for battles at Falls Church, but he was dead before that time. 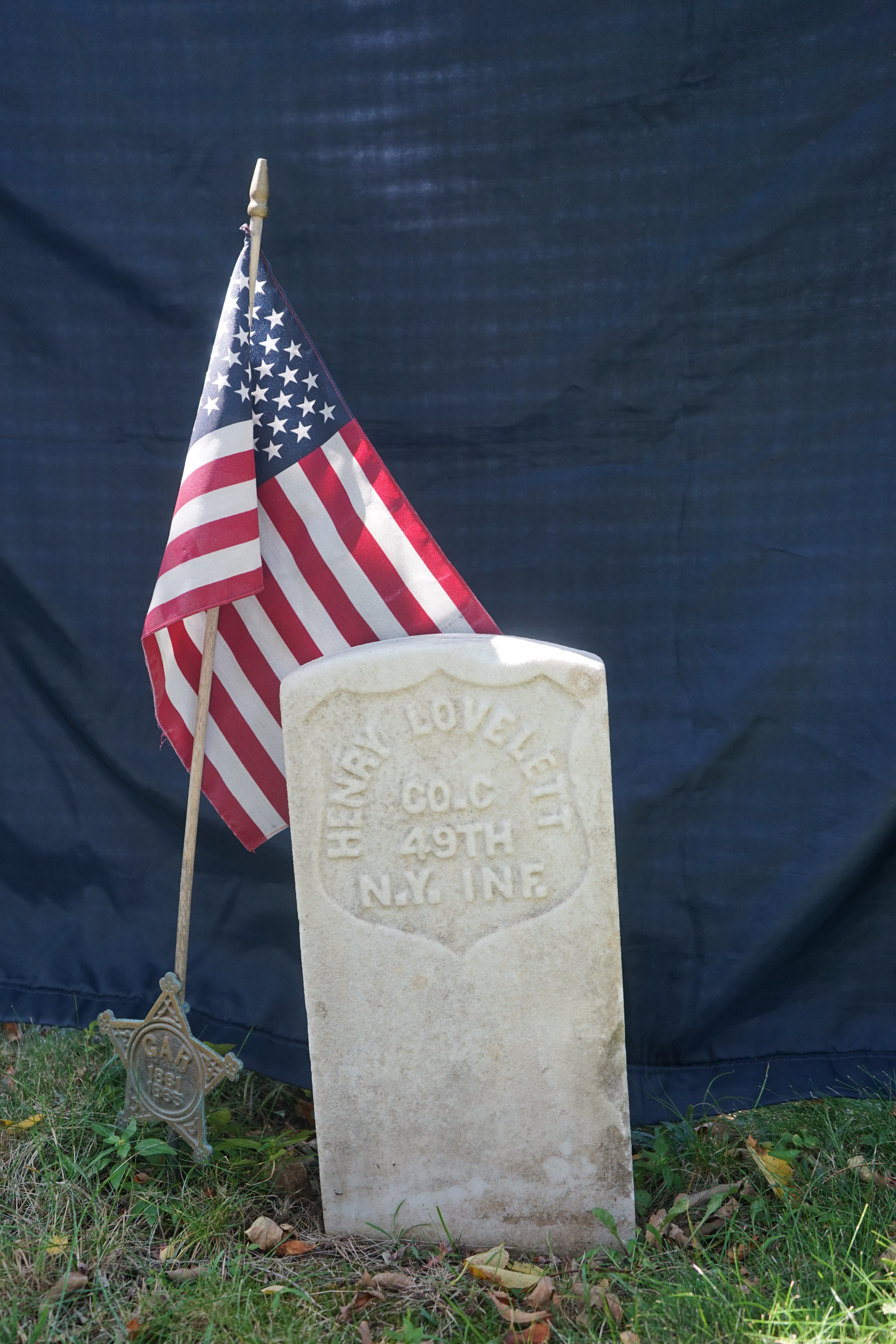 Henry has a government stone and a GAR marker at WPA Location #8618. The Lovelett brothers rest there side by side.  He is on page 10 of the North Castle Town Clerk's roster and is also M 551/roll 85 NARA.  New York State Division of Military and Naval Affairs, Unit History Project, 49th Infantry, page #106.