John H. Dahms was born on December 22, 1920 in Columbus, Ohio to parents Hugo Eugene Arthur and Helen Lorano Waterbury Dahms.  He enlisted in the U.S. Navy on January 13, 1942.  He was a Aviation Ordinance Man, 3rd Class on the light aircraft carrier USS Belleau Wood (CVL24) beginning on May 1, 1943.  He then was a Aviation Ordinance Man, 2nd Class on the light aircraft carrier USS Bataan (CVL29) beginning on December 11, 1943.  He then was an Aviation Fire Controlman, 1st Class on the replenishment oiler USS Kennebago (AO61) beginning July 1945.  He date of discharge as well as details of his post-war life are unknown.

He eloped with the heiress of an American mayonnaise titan, Sybil Hussar.  They had three children.  John owned a contracting and landscaping business in Armonk, NY and owned a number of properties and built a number of houses in the community.  He died on December 11, 1998 in Armonk, NY.  He does not have his own tombstone, just a small plaque next to his mother Helen Waterbury Dahms at St. Stephen's Cemetery. 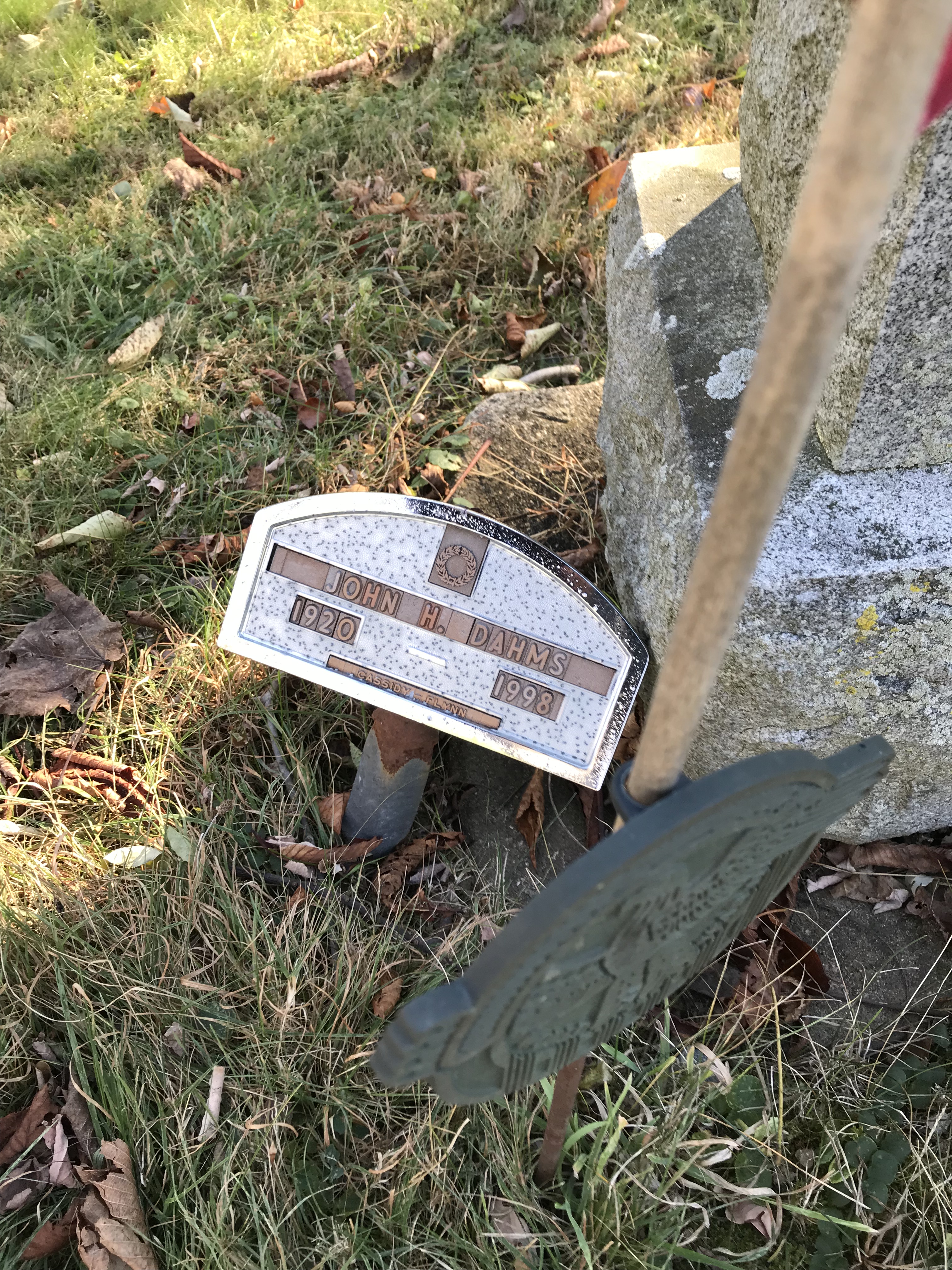