George Brown Jr. was born on October 23, 1934 in Portchester, New York to parents George and Hazel Sweeney Brown.  He was a Sergeant in the U.S. Marine Corp during the Korean War. 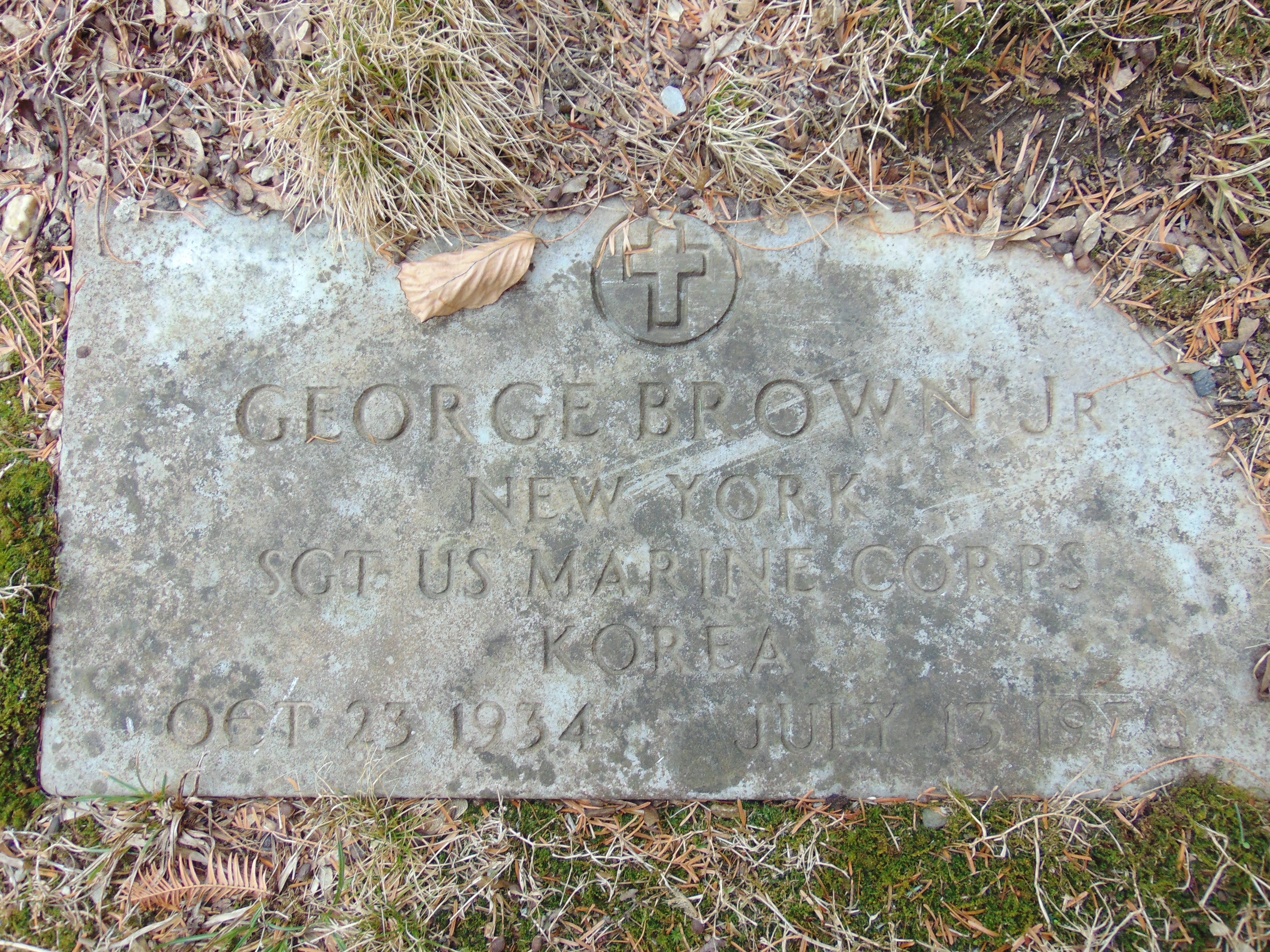