George W. Ackerly was born in New York City in 1844 to parents Horatio and Hannah Jane O’Reilly Ackerly.  Prior to enlisting, he was a shoemaker.  He enlisted in Sing Sing, New York on May 7, 1861 in Company F of the 17th New York Infantry.  He mustered in as a Private on May 22, 1861.  After six months, on December 10, 1863 in New York City, he reenlisted as a Private in Company A of the 1st Mounted Rifles Regiment, for a three-year period.  He was promoted to Corporal on May 1, 1865.  Designation of this unit was changed to the 4th Provisional Cavalry on September 6, 1865.

Throughout his service, he supposedly fought in Jacksonville, Carrsville, and Swift Creek - all in North Carolina.  After receiving a wound in his left leg, he was honorably discharged on November 29, 1865 in City Point, Virginia. 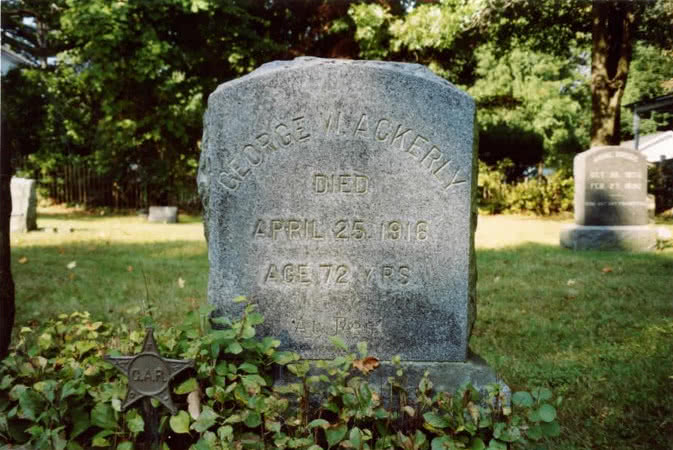