William J. Usted was born in 1894 (estimated) to parents Joseph and Ida Smith Useted.  He was from From Port Chester, Connecticut (now part of the State of New York).  He was a Private in Company M of the 113th Infantry, 29th Division of the U.S. Army.  He was killed in action on October 10, 1918 in the Battle of Meuse-Argonne in France.  His name is engraved on the monument in that City located at the intersection of Westchester Avenue and North Regent Street. 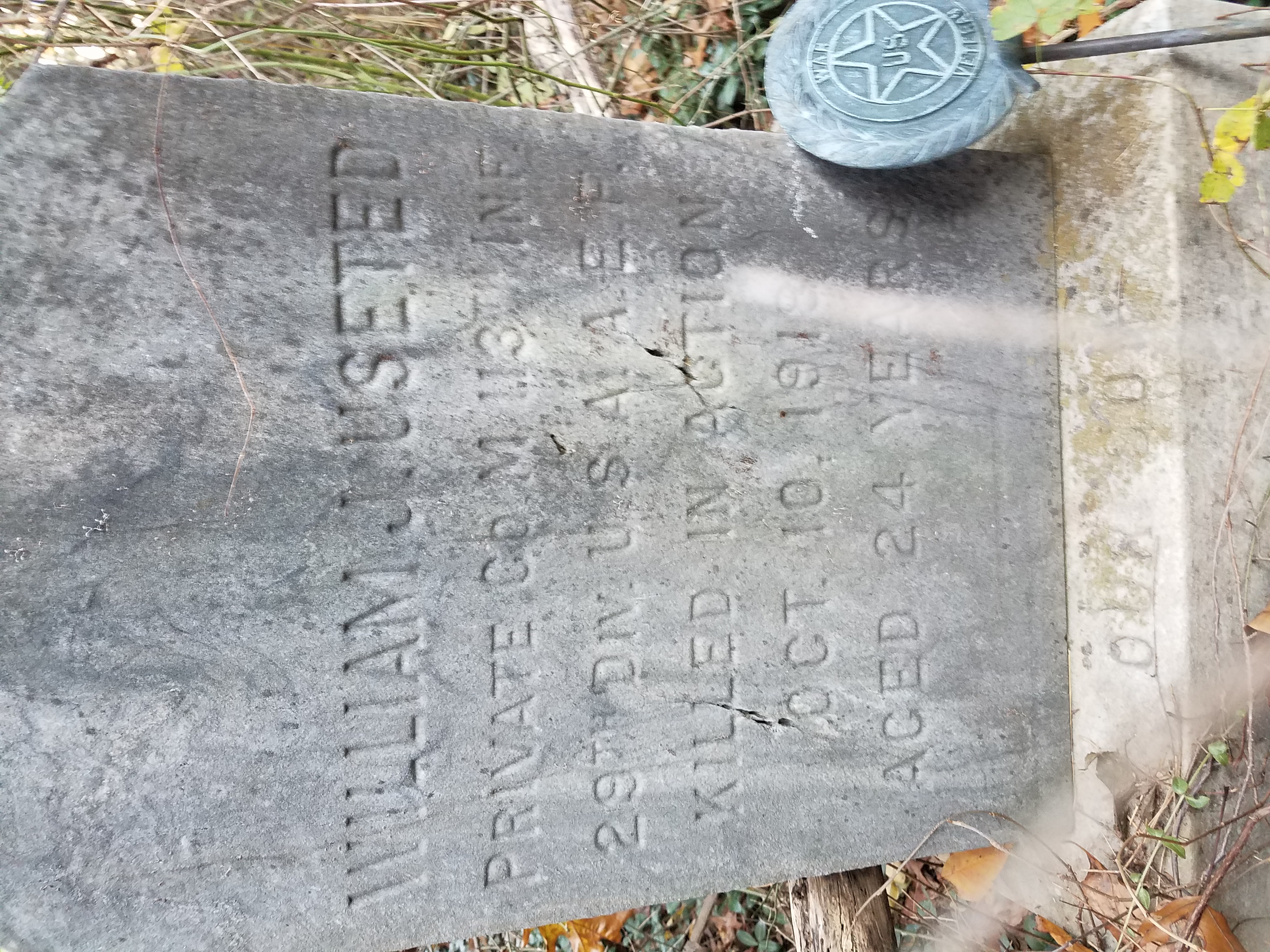 The Old Burial Grounds of the Town of North Castle, NY, page #103.