Abraham Wrubel was born on November 18, 1924 in Brooklyn, NY to parents David and Pauline (maiden name unknown) Wrubel. As per the 1940 U.S. Census, the family lived in New York City.  He served in the U.S. Navy during WWII but no records could be found verifying the headstone in Middle Patent Cemetery.  There is a record of him living in Bedford, NY in 1982, but such is not a death index, even though he died on October 23, 1982. 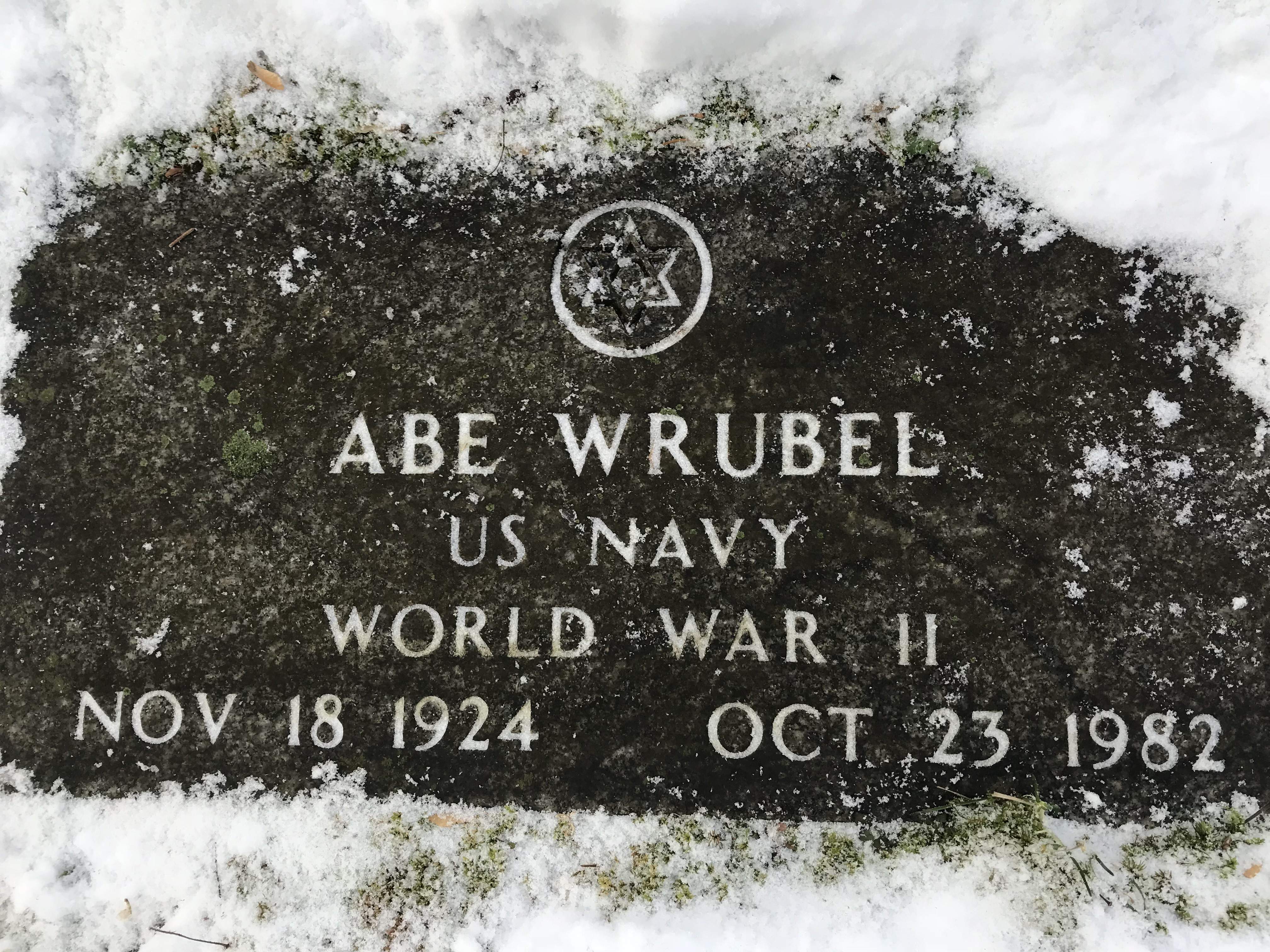