Theodore R. Welsh was born on June 28, 1908 in Chartiers Township, PA to parents Isaac Newton and Clara Dell Jenkins Welsh.  As per the 1920 U.S. Census, the family lived in Houston Borough, Washington County, PA.  Prior to his induction, he was single, lived in Westchester County, NY and worked as a metal worker.  He was inducted into the U.S. Army on April 21, 1943 in New York City as a Private.  He served in the 281st Port Company, attached to the 519th Port Battalion - part of the Transportation Corps, responsible for ensuring that thousands of tons of military supplies were packed, unloaded, and delivered to the front lines in the European theater.  He was honorably discharged on November 20, 1945 as a Staff Sergeant. 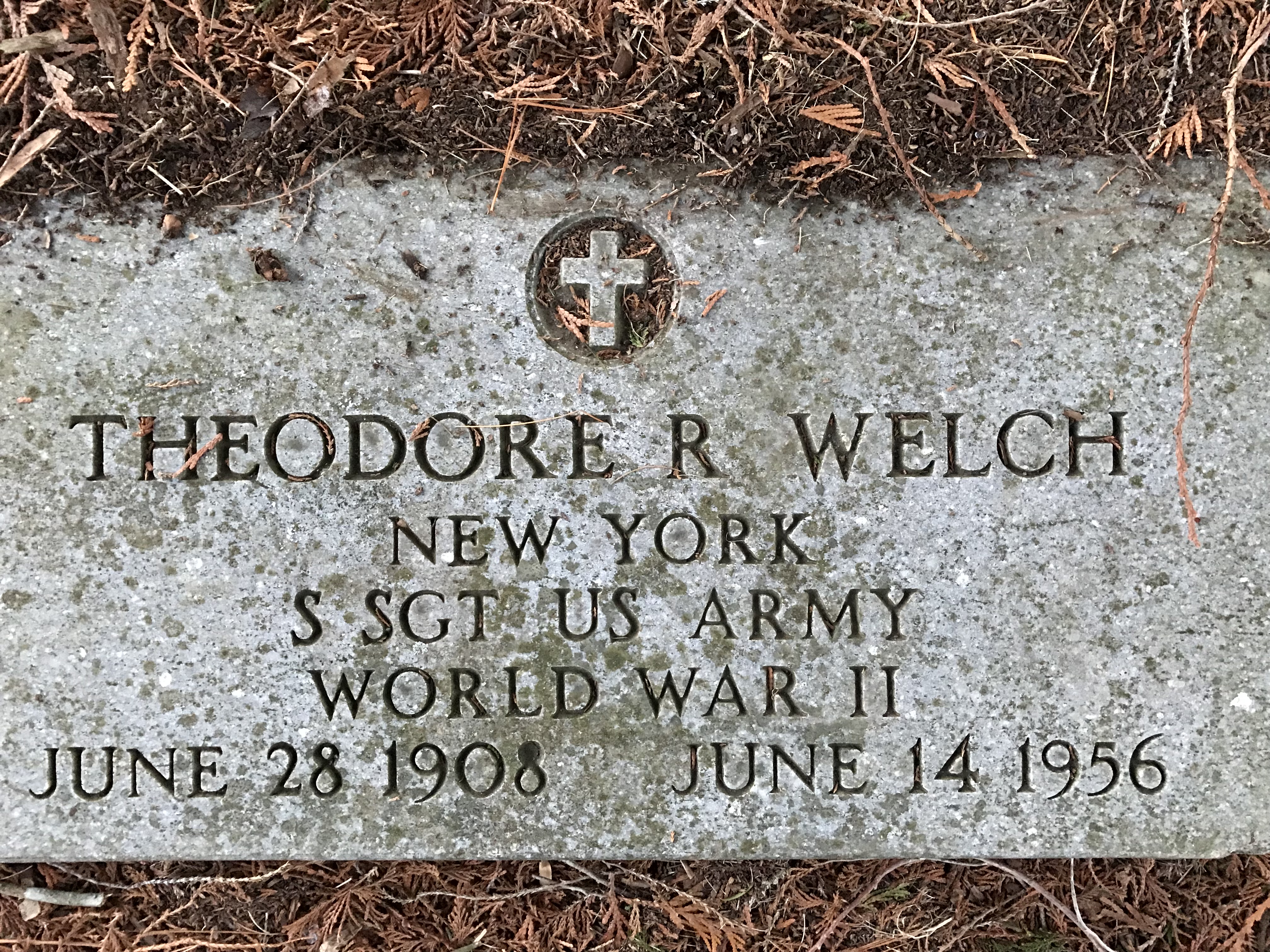