Walter (sometimes erroneously listed as Walten) Banks was born on September 24, 1795 in New York to parents Jonathan and Anna Murphy Banks.  As per the 1850 U.S. Census, he was married to Mary Dalton with a daughter (Levina) and a son (David), living in Somers, NY.  He cannot possibly be a Civil War veteran (over 60 years old during the war years).  His unit, if any, is not known.  He is, however, on WPA location 8581 - perhaps because a Civil War marker was found near his grave in the Banks plot (could have been for his son). 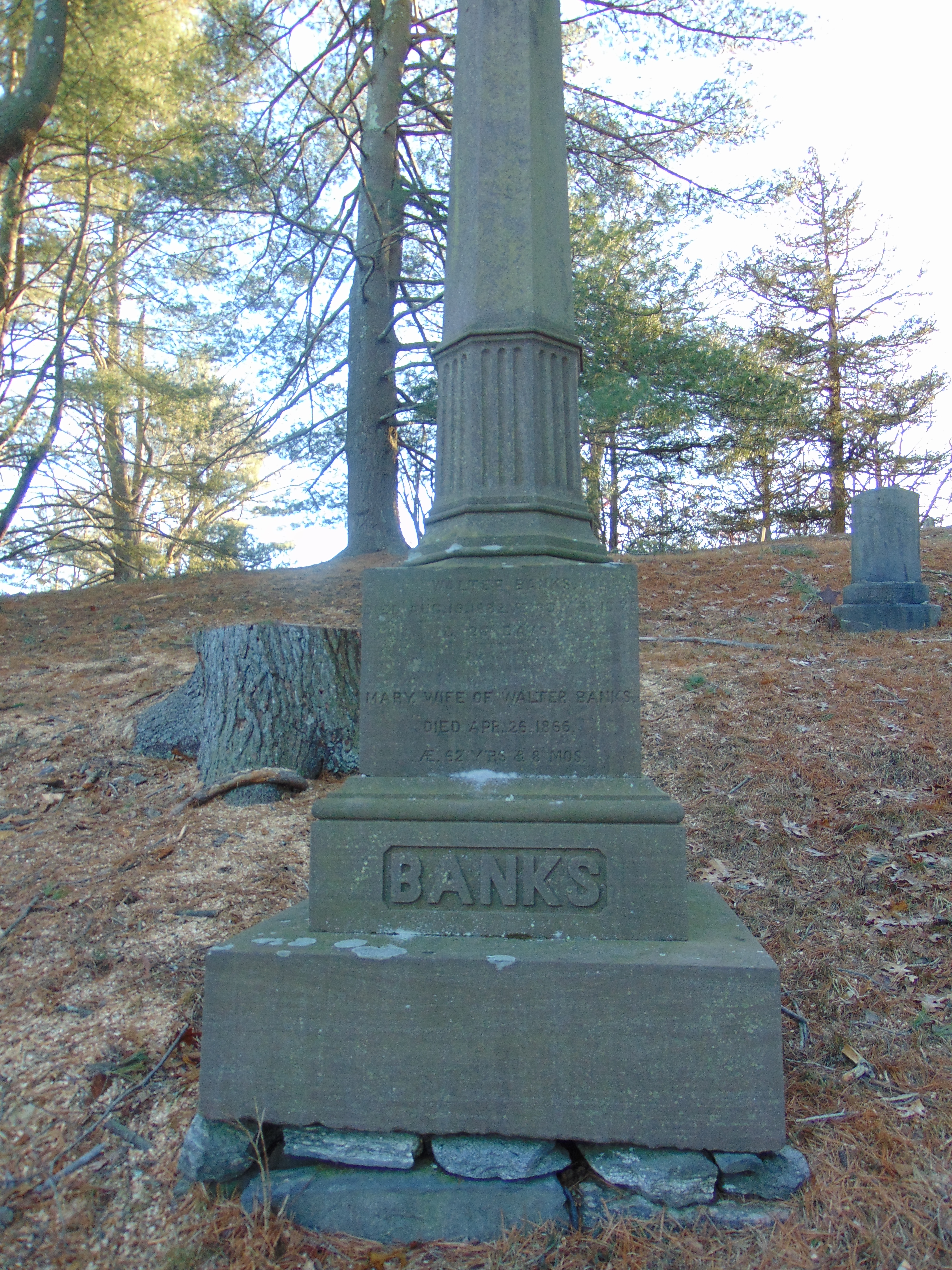