Robert James Sullivan was born on March 11, 1931 in Greenwich, CT to parents James F. and Josephine E. Artwick Sullivan.  He enlisted in the U.S. Air Force on August 1, 1951 and was released from service on April 26, 1953; he served during the Korean War.  No further information is available on his service.

He was married to Alice Johnson (wedding date and place unknown) and had three sons and two daughters.  No further information is available about his post-war life.  He died on November 6, 1985 in Springfield, MA. 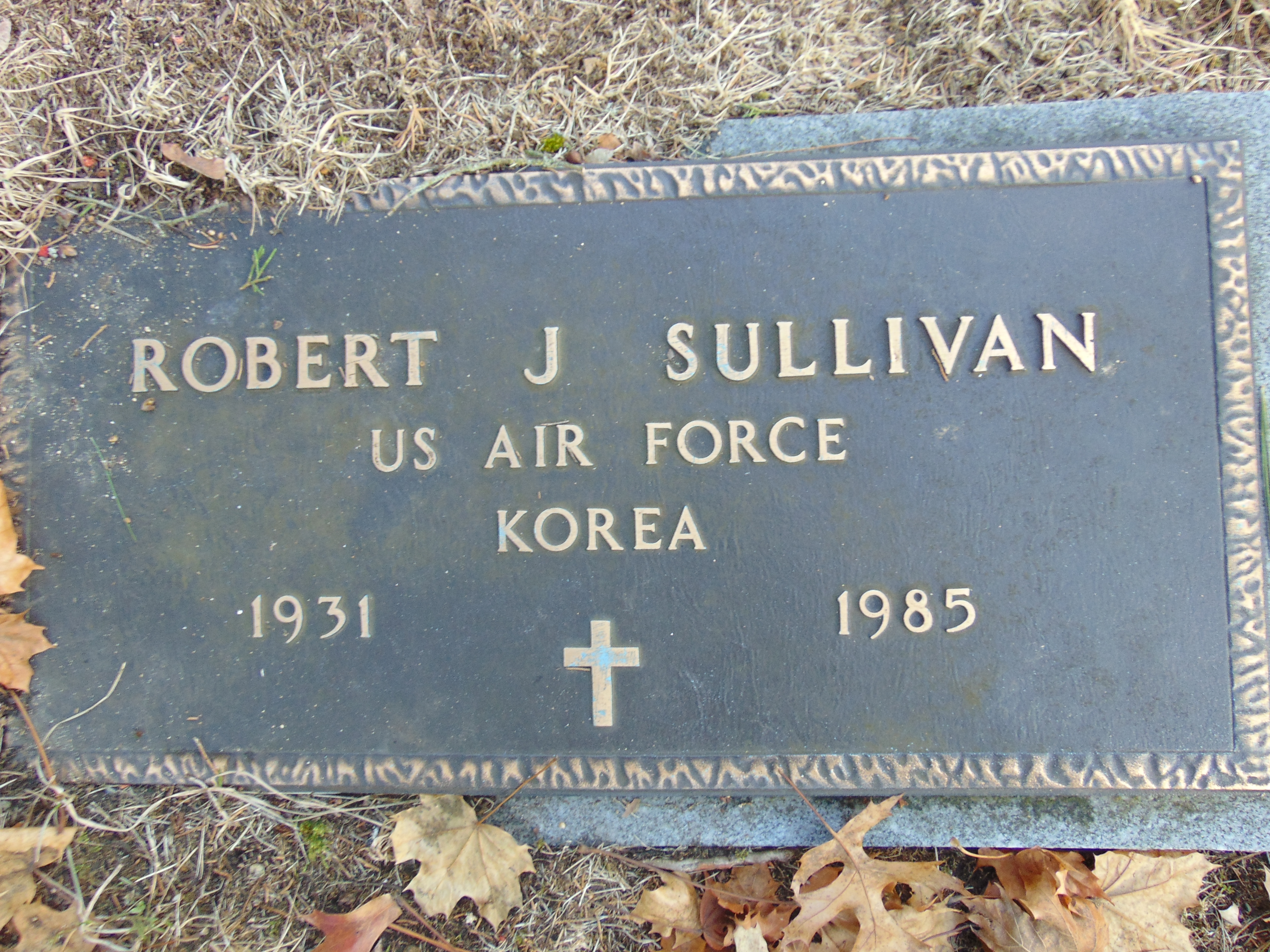