George John Stevenson was born on January 12, 1913 in Chappaqua, NY to John and Helen Szcerbata Stevenson.  As per the 1940 U.S. Census, the family lived in Greenwich, CT and he was single and working as a gardener.  He enlisted in the U.S. Army on April 1, 1942 in Hartford, CT as a Private.  He was released from service on October 3, 1946.  No further information on his service is available.

He married Margaret Farrington (wedding date and place unknown).  No further information is available on his post-war life.  He died on October 22, 1992 in Armonk, NY. 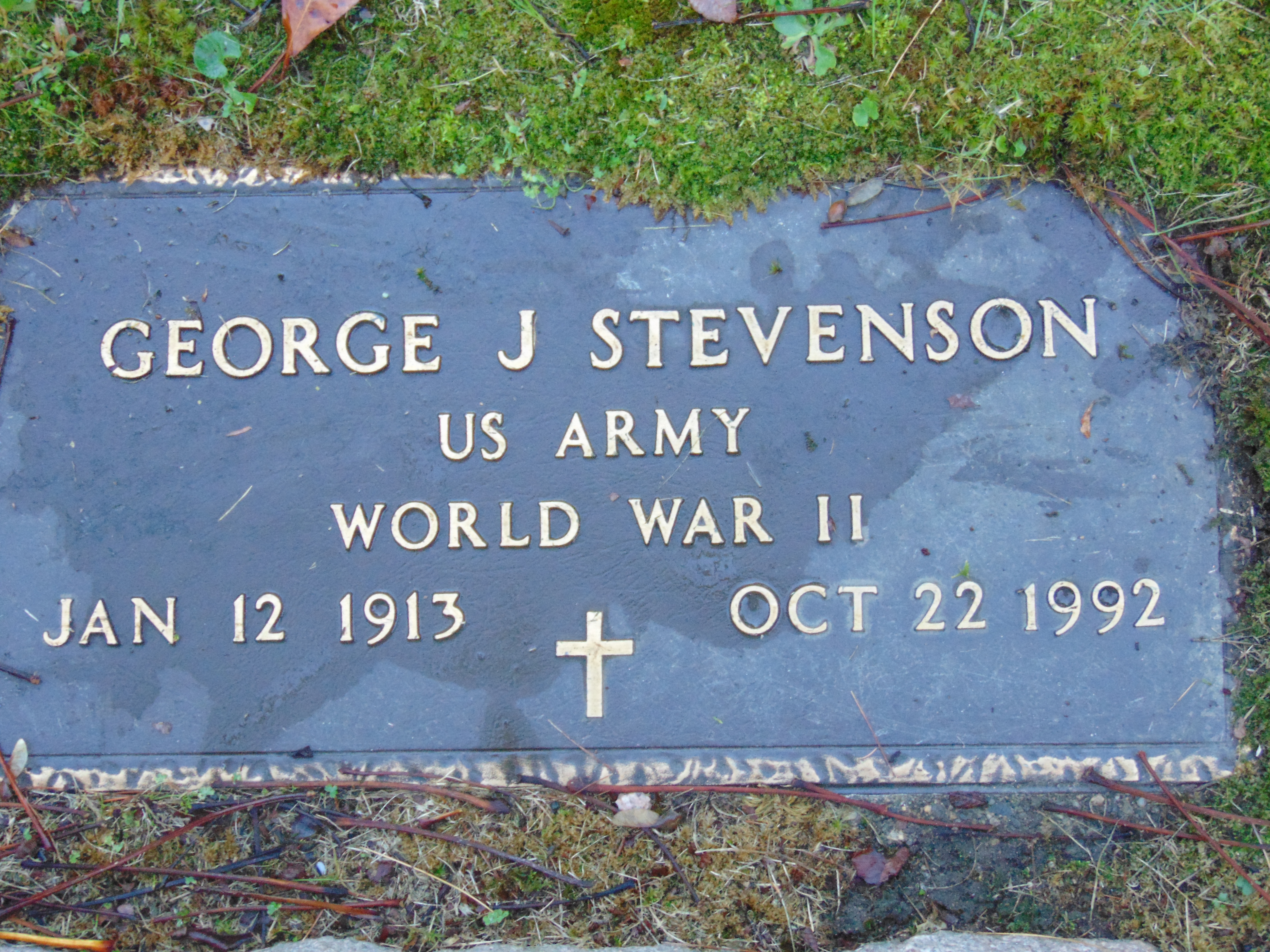