Nat Thomas Steadman was born on January 9, 1921 in Waynesboro, Burke County, GA to parents George Alfred, Sr. and Georgia E. Thomas Steadman.  In 1942, when he registered for the WWII draft, he lived in Augusta, GA, was single and worked for the Firestone Tire & Rubber Co. as a credit man.  He enlisted in the U.S. Army on July 29, 1942 at Fort McPherson, Atlanta, GA as a Private.  When he was released from service (date unknown), he held the rank of Corporal.  No further information is available on his service. 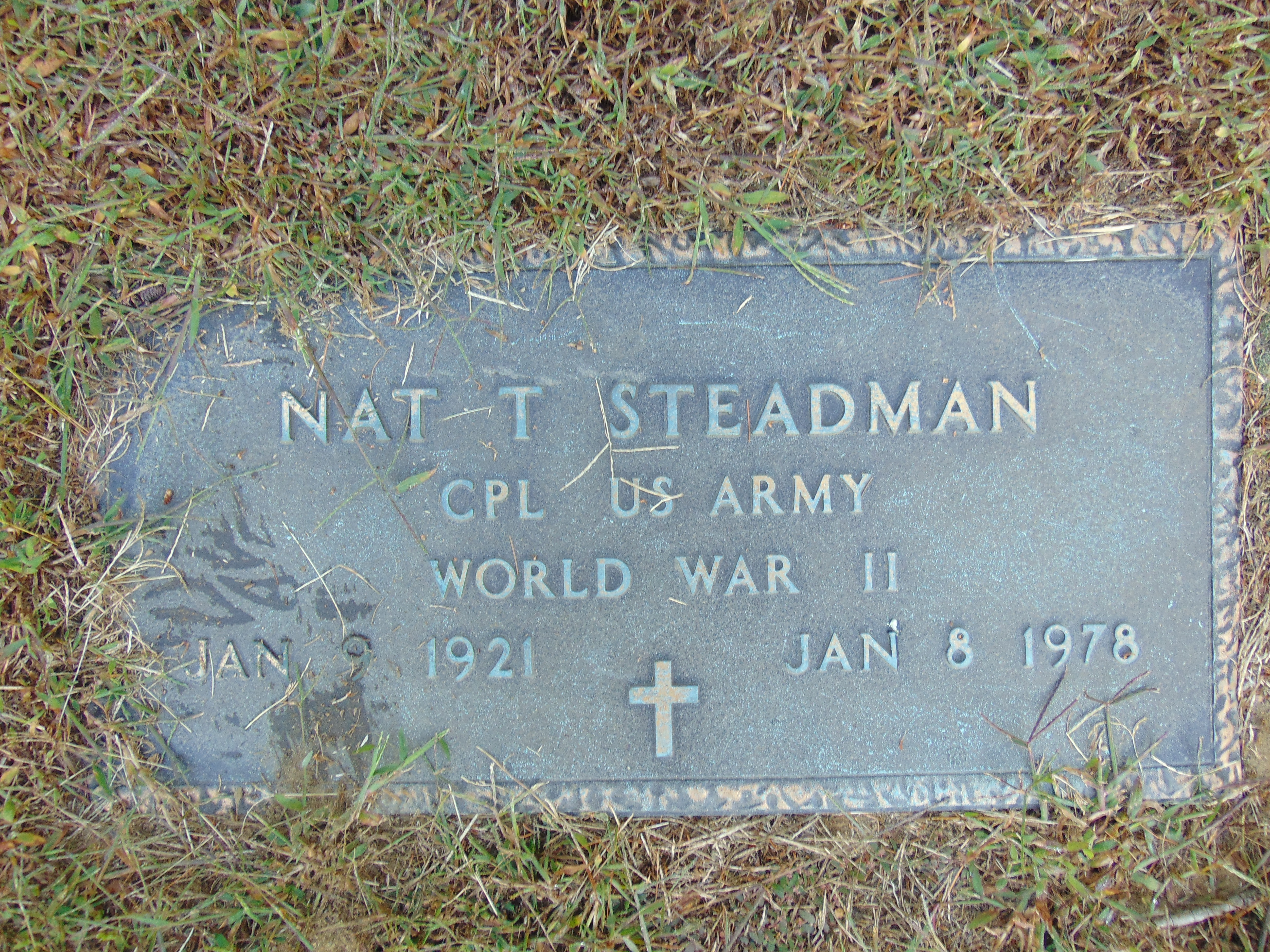