William D. Schupp was born on September 9, 1947 in Greenwich, CT to parents Walter and Hilda Bridge Schupp.  He was a Private in the U.S. Army and served in Vietnam.

He was married to Lynn Rosenstein, who had two sons from a prior marriage (nee Eickenbaum).  They lived in Croton Falls, NY in 1984 and in Carmel, NY in 1992.  He was a construction engineer for the City of White Plains, NY.  He was an avid hunter and fisher, belonging to the Putnam Fish and Game Club and the Oasis Sportsman Club.  He died on March 1, 2002 in Hawthorne, NY. 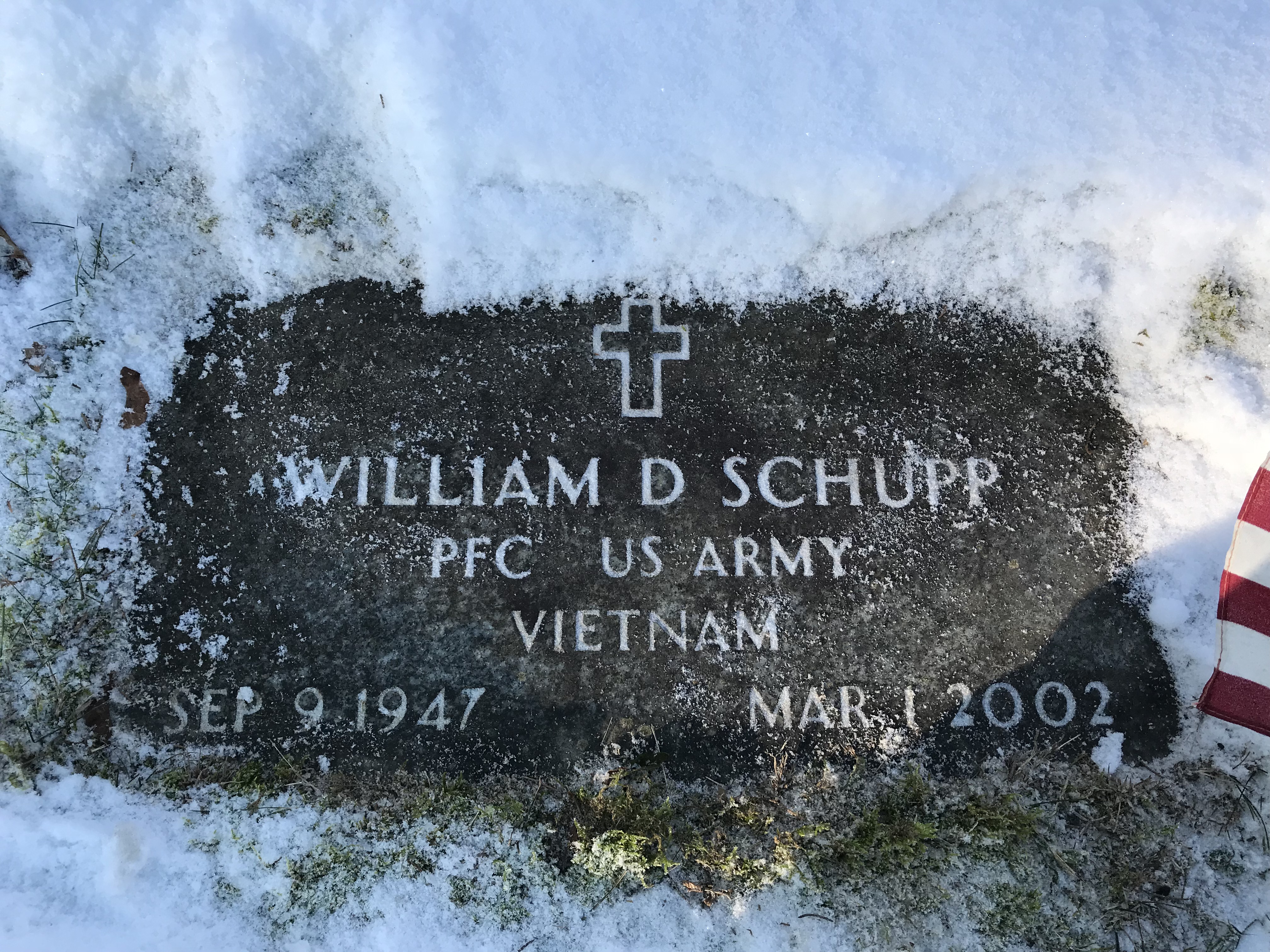