James A. Ritch was born on October 14, 1877 in Greenwich, Connecticut.  He enlisted on April 26, 1897 as a Private in Company K (Stamford) of the 3rd Connecticut Infantry during the Spanish-American War.  He was promoted to Corporal on January 14, 1899.  Sometime during his service it was noted that he was "sick in [the] 1st divison hospital, Camp Meade, PA and [a] Red Cross hospital".  After his service, he was a blacksmith living in Sandy Hook, CT. 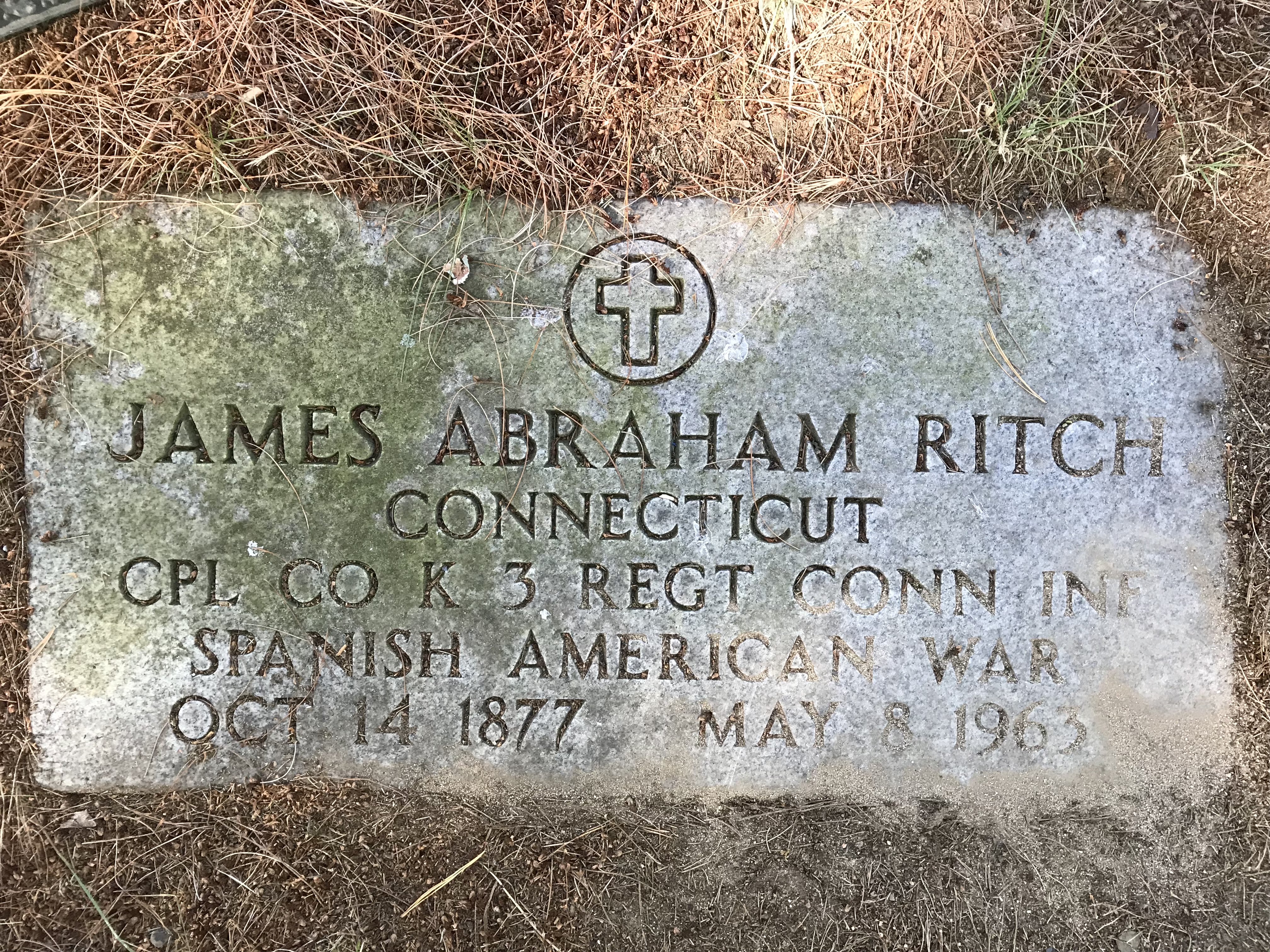 Record of Service of Connecticut Men in the Army, Navy, and Marine Corps of the United States in the Spanish-American War, Philippine Insurrection and China Relief Expedition from April 21, 1898 to July 4, 1904, page #145.