Vincent Richard Nardone was born on September 25, 1933 in Hoboken, NJ to parents Samuel and Margaret Agnello Nardone.  He enlisted in the U.S. Air Force on June 2, 1952 and was released from service on June 1, 1956.  No further information is available on his service. 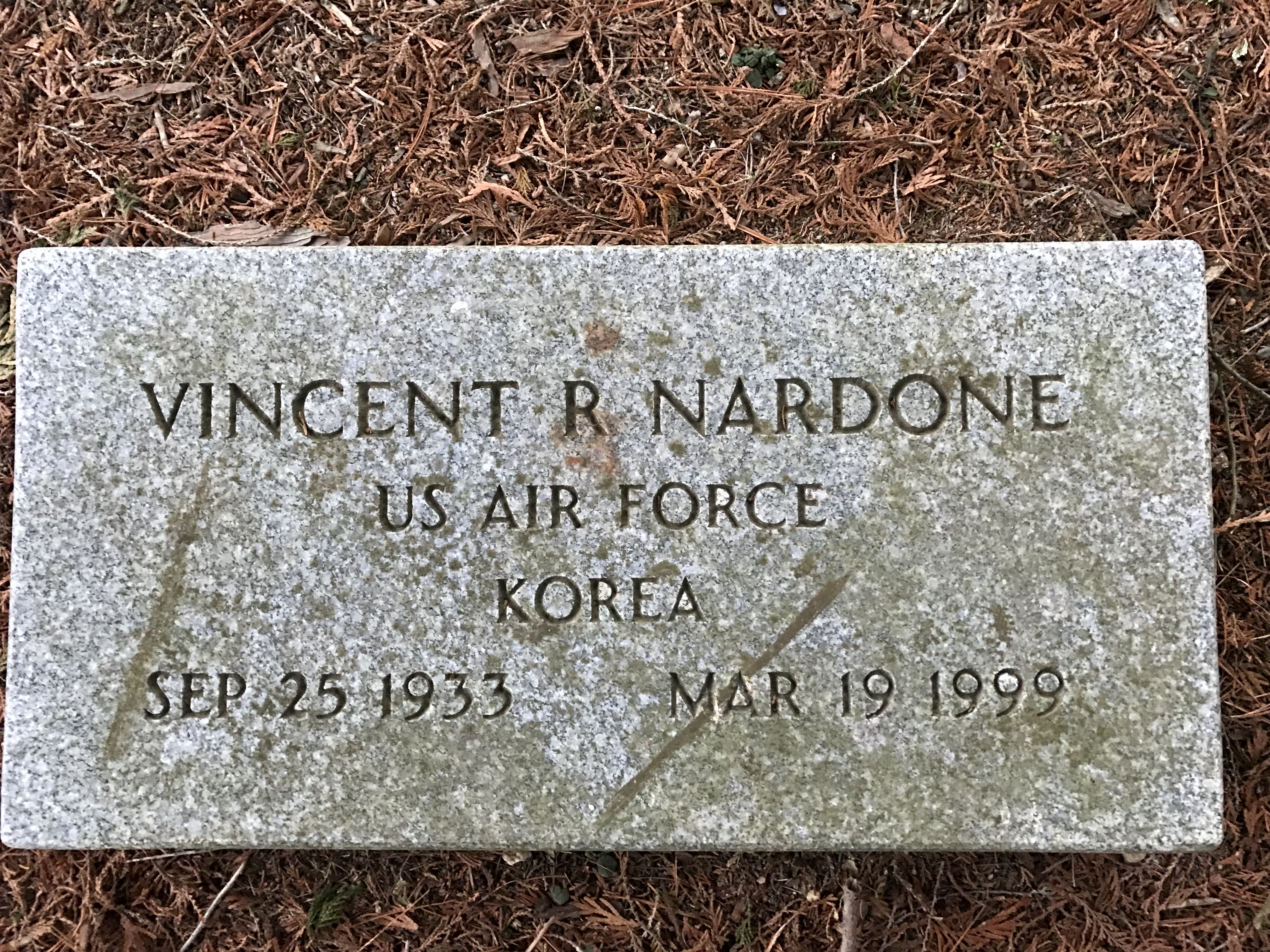