Leon Muskus was born on June 27, 1925 in Glenville, CT to parents Mikel Michael and Apolonia Pauline Gagus Muskus.  As per the 1930 U.S. Census, the family lived in Greenwich, CT.  When he registered for the WWII draft in June 1943, he was living in Pemberwick, CT and worked for the Seaforth Co. of Greenwich.

He lived in and around Greenwich after the war.  He was married to Mary Ellen Monahan (date and place unknown) and had a son (Steven).  Leon was a self-employed caretaker.  He died on January 18, 1997 in Greenwich. 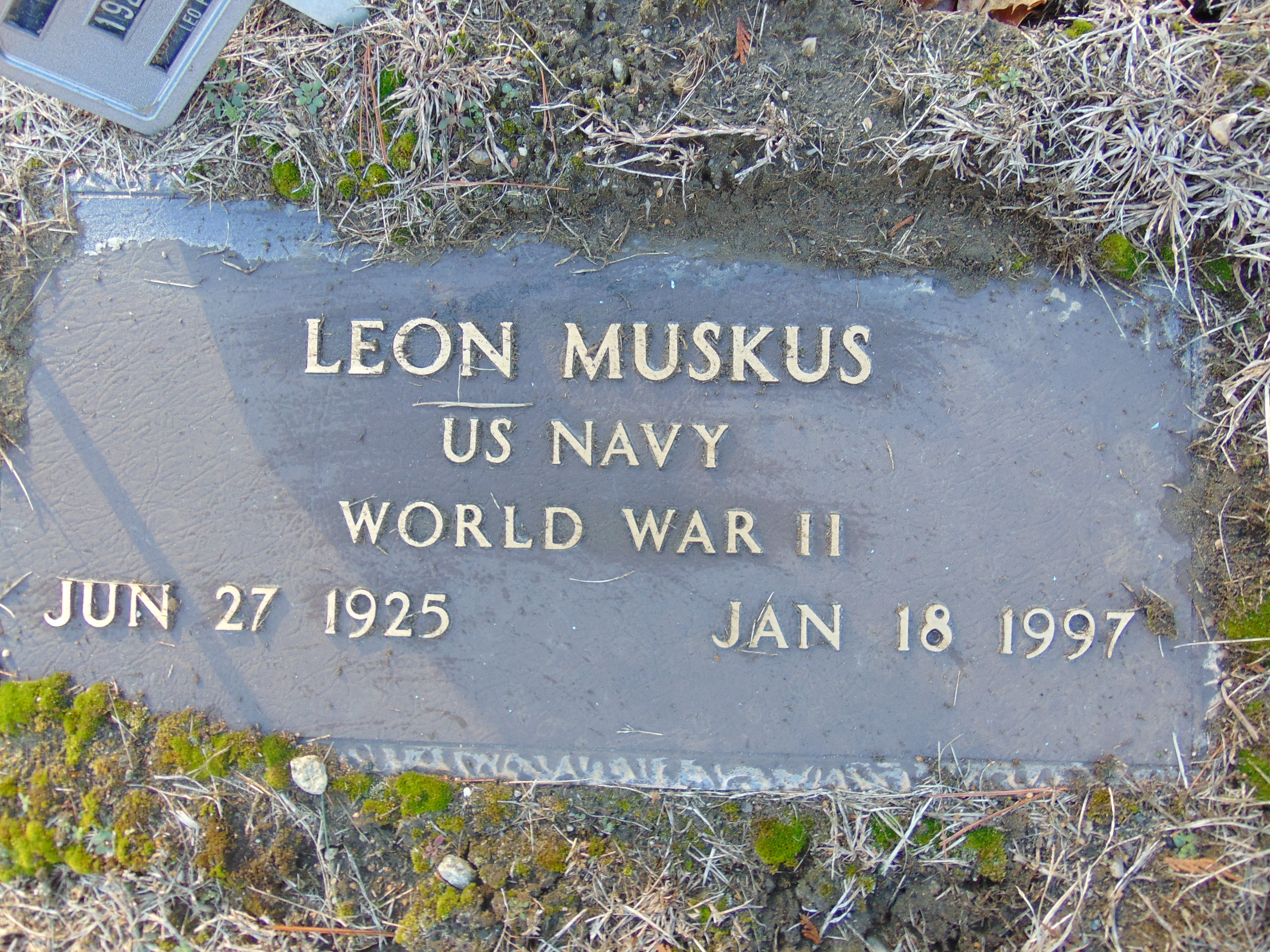