William Hall Mount was born on September 29, 1889 in Long Island City, NY to parents Andrew Forsyth and Christina Angler Sloan Mount.  As per the 1900 U.S. Census, the family lived in Queens, NY.  In 1917, when he registered for the WWI draft, he lived in Mt. Pleasant, NY, was married to Mamie H. (maiden name unknown) and worked for an automobile dealer in that city. 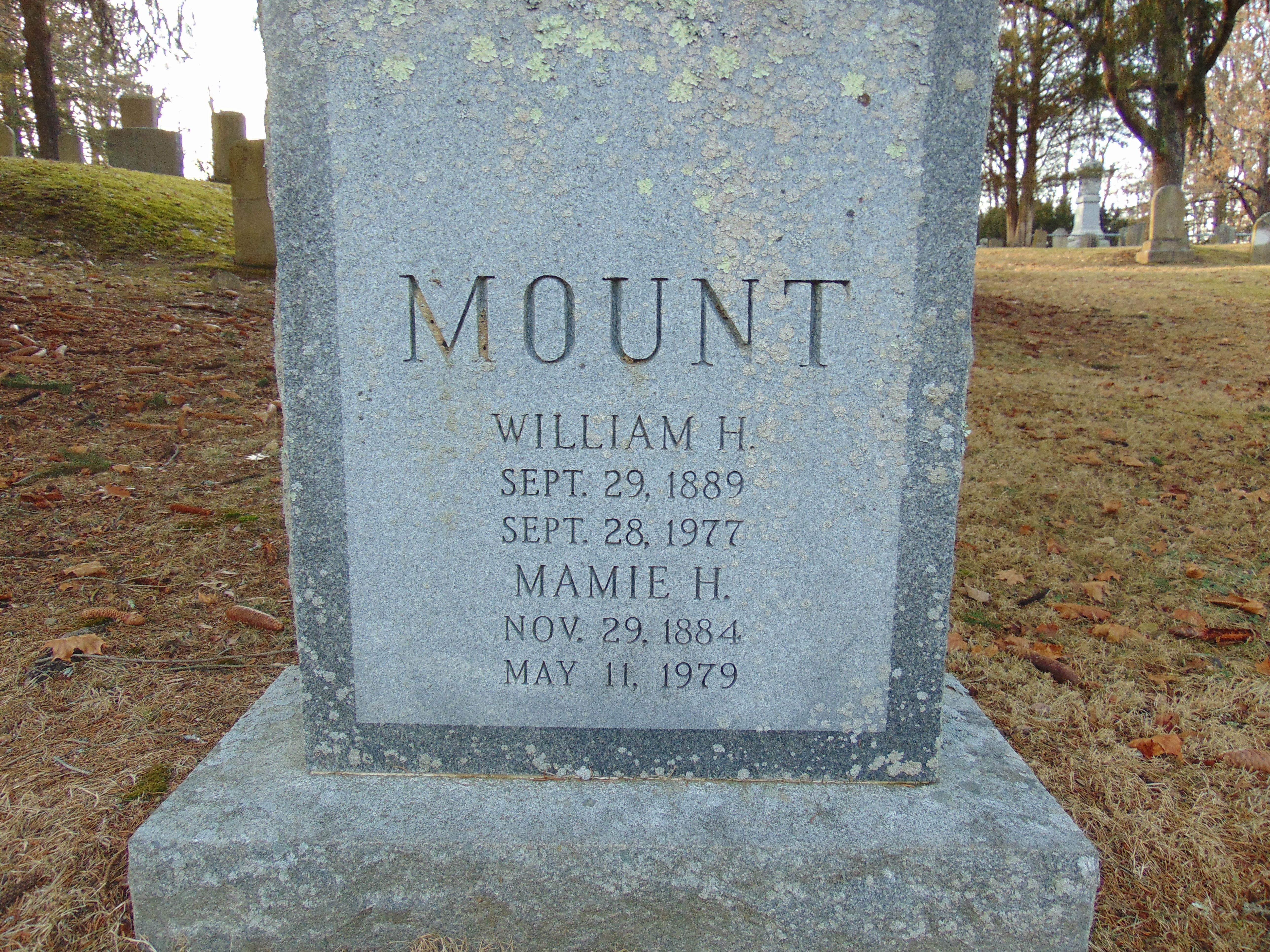