William Bradford Hubbell was born on September 20, 1902 in Springfield, MA to parents William N. and Catherine D. Price Hubbell.  As per the 1920 U.S. Census, the family lived in New York City.  As per the 1940 U.S. Census, he was married to Dorothy Twyeffort, lived in North Castle, NY with two sons and a daughter and was a lawyer at a law firm.

He enlisted on June 18, 1928 with Troop G of the 101st Cavalry Regiment of the New York National Guard; he transferred to Squadron A of the New York National Guard (date unknown).  He was appointed to the U.S. Army with the rank of Captain and received officer training in Miami, FL in 1943.   He with the Headquarters 11th Fighter Command when he died in a non-combat aircraft accident on November 4, 1943; he is buried at the Fort Richardson National Cemetery in Anchorage, Alaska. 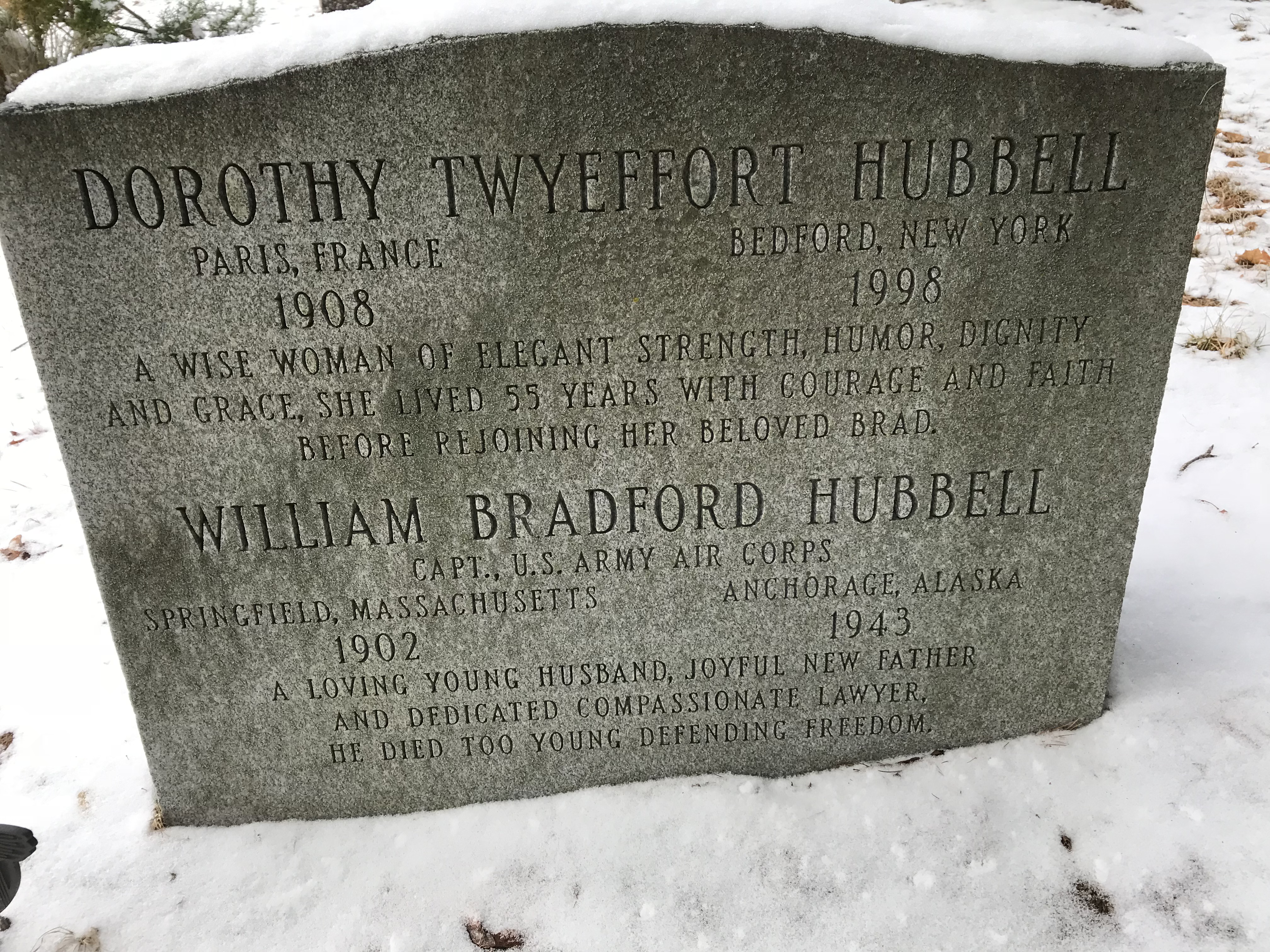