Harvey F. Wood was born in October 1841 in Armonk, New York to parents Charles and Mary Wood.  Prior to enlisting, he was a shoemaker.  He enlisted on January 16, 1862 in North Castle, New York in Company C of the 5th New York Heavy Artillery Regiment for a three-year period.  He mustered as a Private on January 23, 1862.

He supposedly fought at the battles of the Wilderness, Cedar Creek and Harper's Ferry.  He was mustered out with his Company on July 19, 1865 at Harper's Ferry, Virginia. 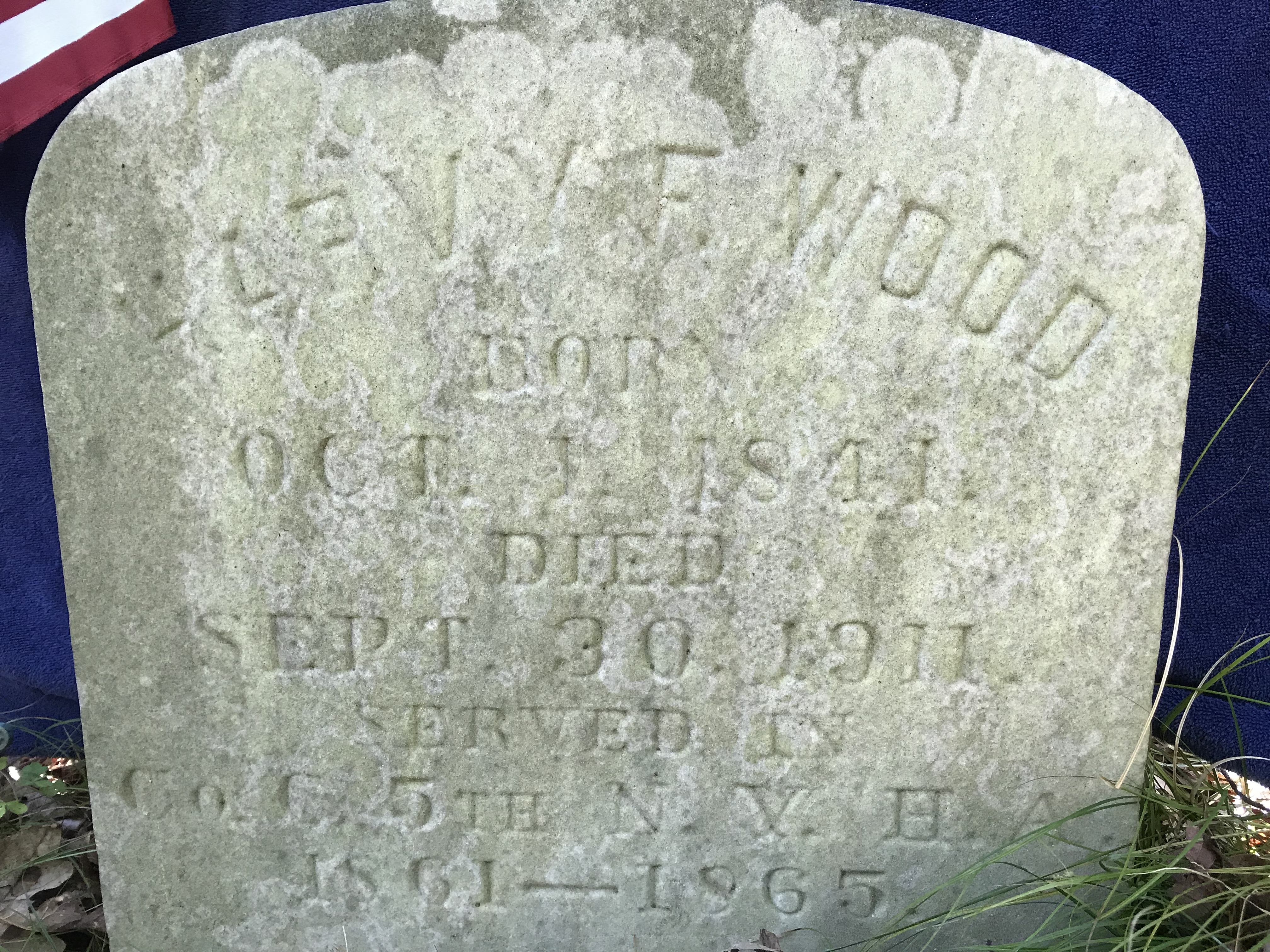