John Charles Dean, Sr. was born on April 18, 1939 in Mt. Vernon, NY to parents Robert E. and Ellen Crute Dean.  He received a Bachelor of Science in Finance from New York University.  He as a Specialist E-4 in the U.S. Army serving during the Vietnam War era.  No other information is available on his service.

He was a Rotary Club member, an American Legion member and the principal broker and owner of North Castle Realty.  He was married to Valerie Atkinson and had two sons and a daughter.  He fought a long battle with Parkinson's Disease and then cancer. He died on August 16, 2006 in Mt. Kisco, NY. 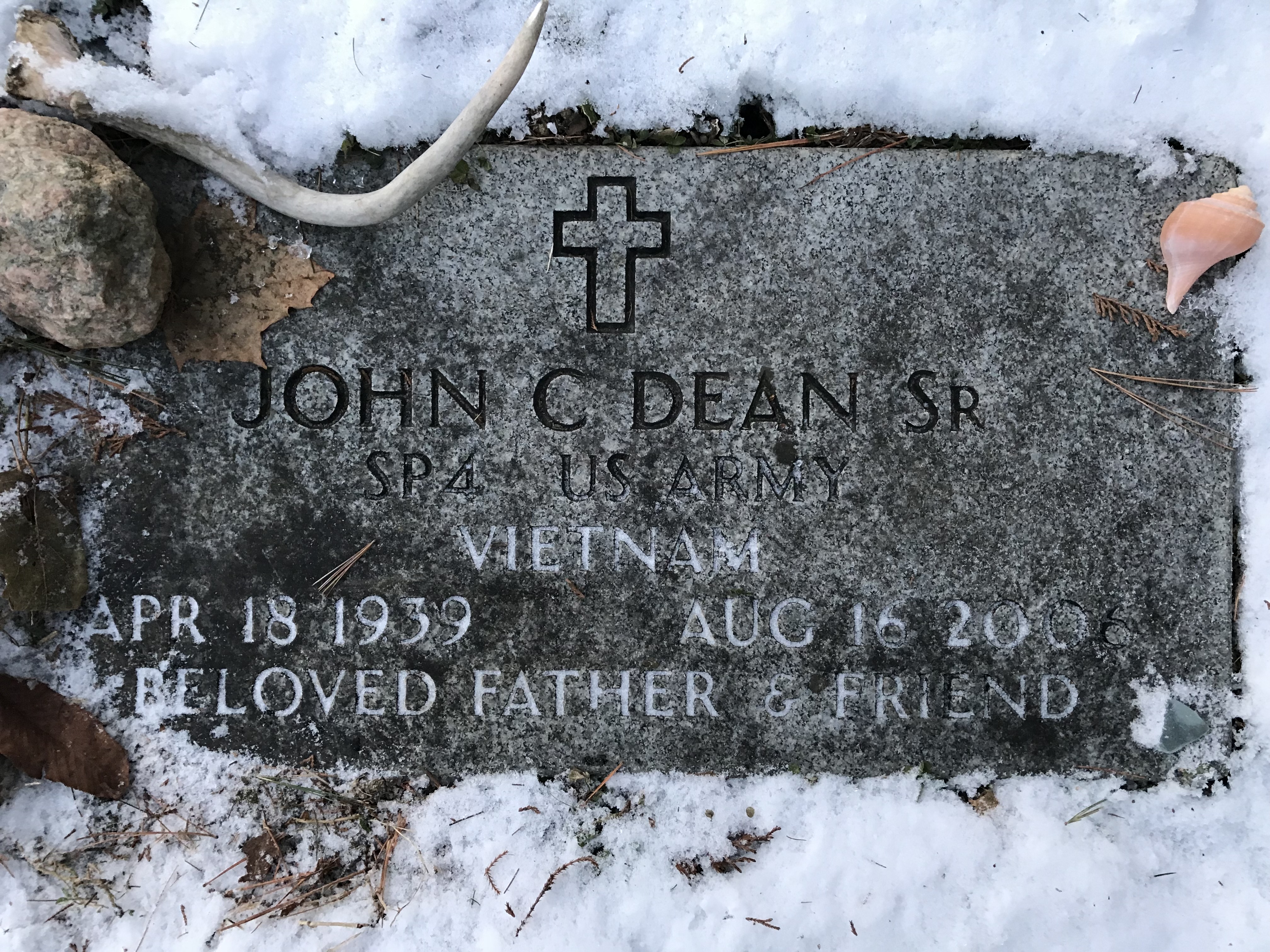