Vincent Emil DeFelice was born January 24, 1922 in Bellaire, OH to parents Dominic and Caroline Guilliani DeFelice.  His family does not appear in the 1930 or 1940 U.S. Censuses.  He was in the U.S. Army (enlistment and discharge dates unknown) and served during WWII - no further information is available on his service.

He was married to Jean (maiden name unknown) and they had two daughters.  He was a Corporate Counsel Attorney for the Rhone-Poulenc Co.  No further information on his post-service life is available.  He died on October 20, 2006 in Bedford, NY. 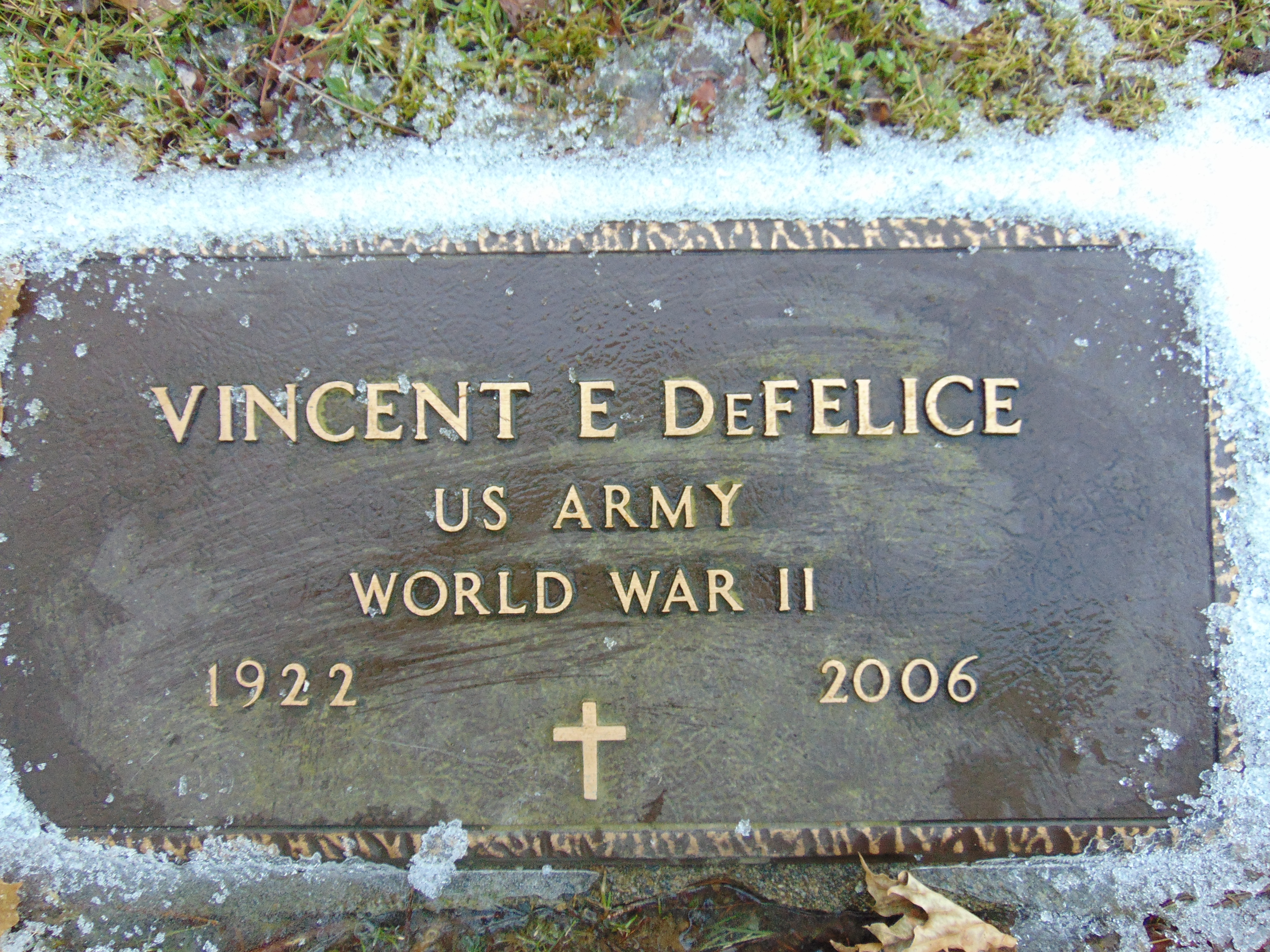