Mortimer "Monty" M. Cohn was born on November 16, 1910 in the Bronx, NY to parents Joseph and Rose Bennett Cohn.  As per the 1930 U.S. Census, the family was living in Brooklyn, NY.  He was a Lieutenant Colonel in the U.S. Army during WWII.  He served overseas from 1940-43 first in England during the German bombings and then stationed in North Africa.  He returned to the U.S. stationed in Georgia at a prisoner-of-war camp*. 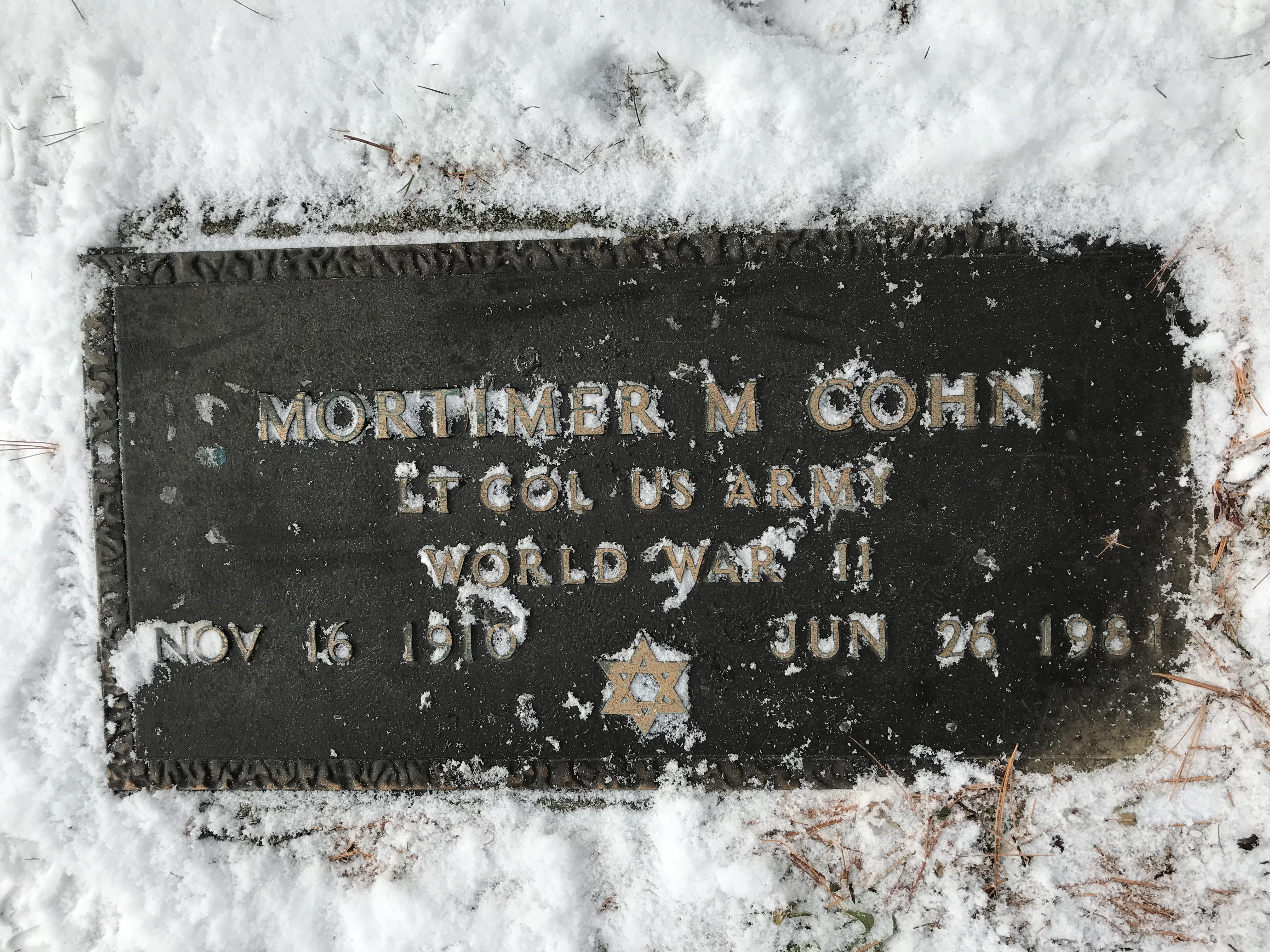