John Roger Clapp was born on November 4, 1940 in Toledo, OH (parents unknown).  He served in the U.S. Army and was released from service as a Specialist 5th Class.  No further information is available on his service.

He married Virginia Fee in 1968 in New York City.  They had a son and a daughter.  No further information is available on his post-service life.  He died on January 13, 1998 in Lucas County, OH. 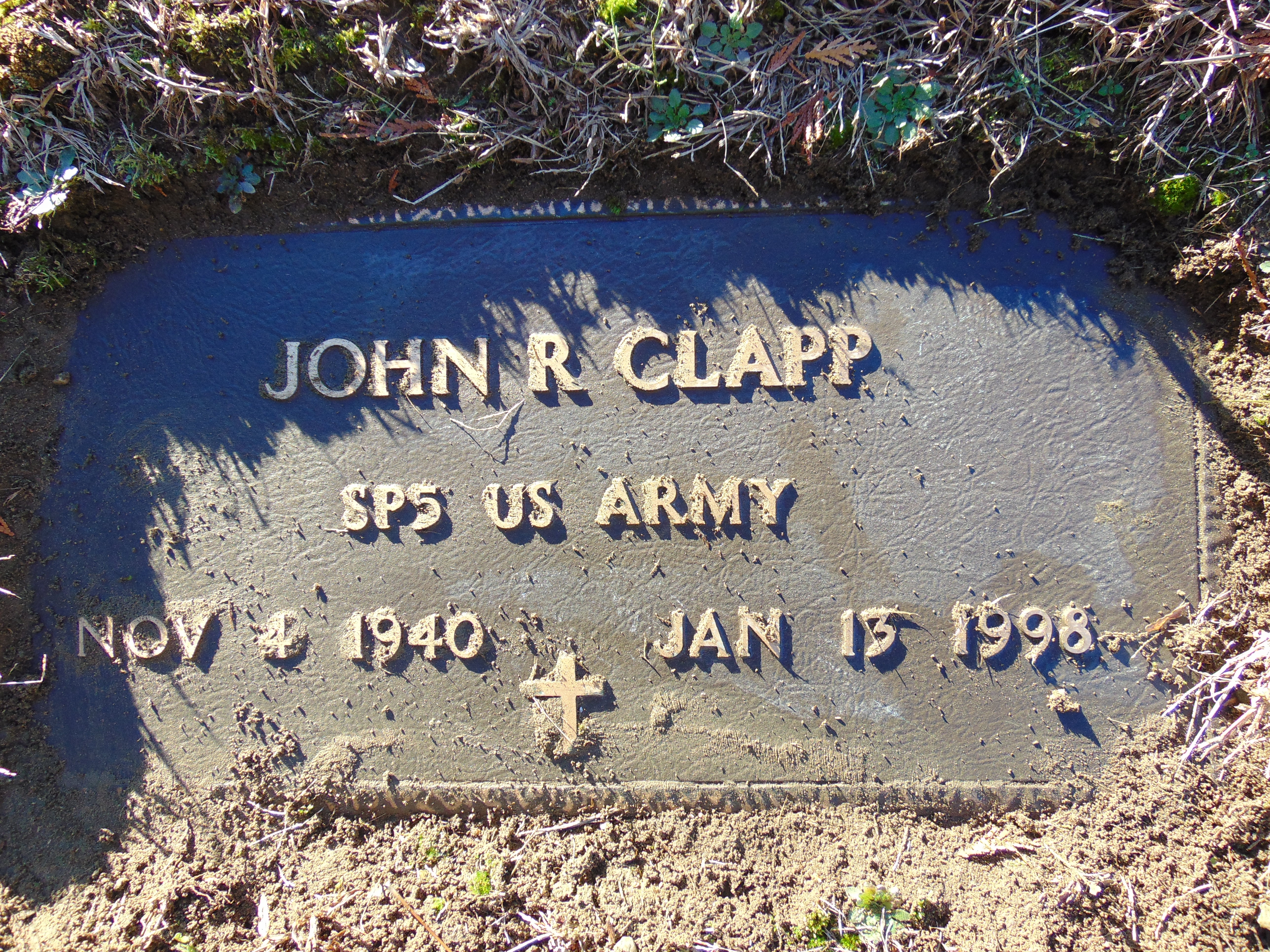