Charles E. Ireland was born in Mt. Kisco, NY in 1837 to parents Isaac and Elizabeth (maiden name unknown) Ireland.  As per the 1850 U.S, Census, the family lived in Greenwich, CT.  As per the 1860 U.S. Census, he lived in Bedford, NY at a boarding house, was single and worked as a shoemaker.  He was drafted on September 23, 1863 in Tarrytown, NY as a Private in Company C of the 4th New York Infantry Regiment  for a three-year period.  He was transferred to Company B on June 10, 1864.  He mustered out or was possibly wounded and sent to a general hospital in Philadelphia on August 21, 1864.  He was transferred to Carver hospital in Washington on August 26, 1864 and then to MacDougall Hospital, New York City on July 28, 1865. 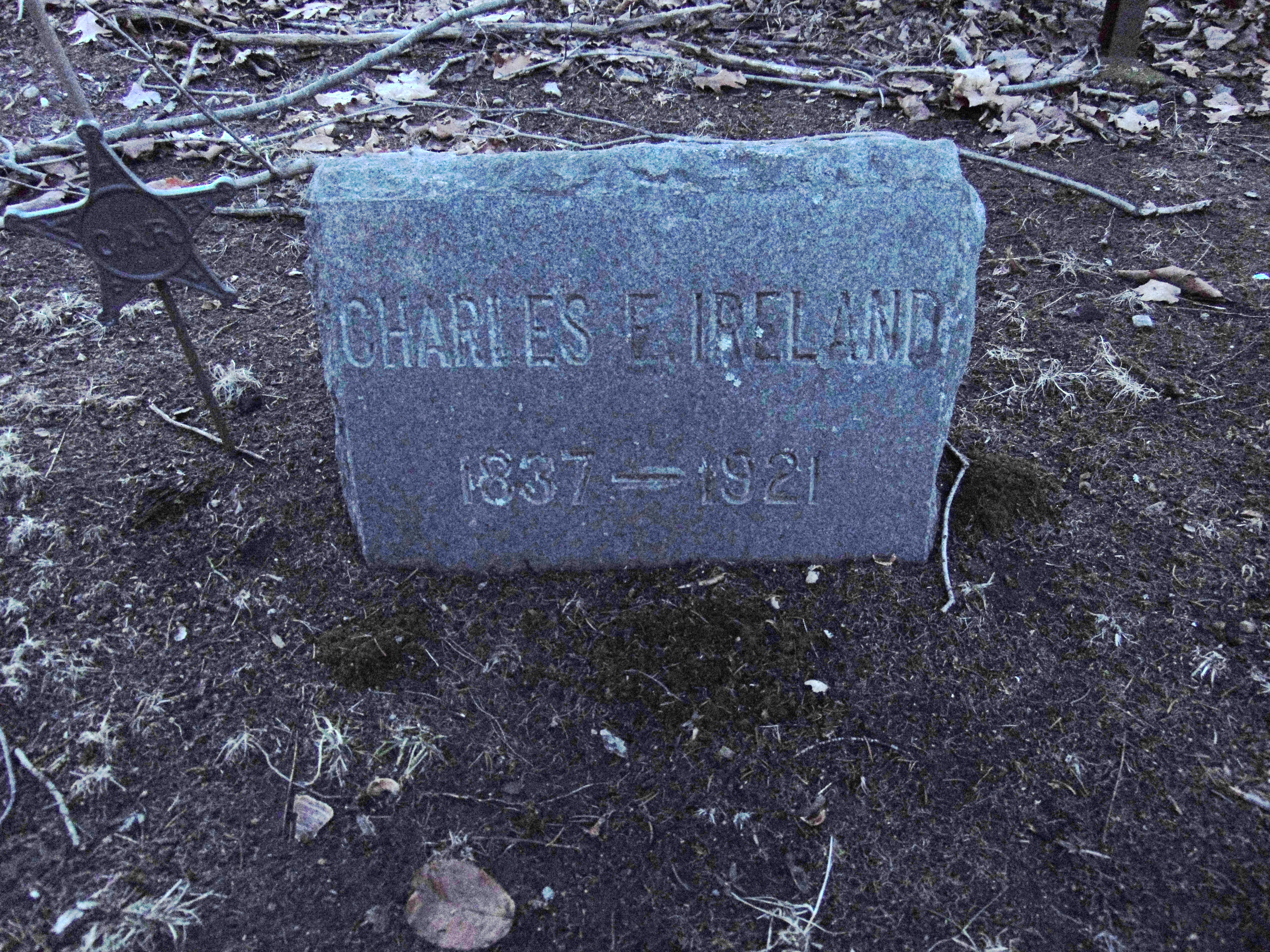 Charles Ireland is on page 18 of the Bedford Town Clerk's roster, which states he was born in Ireland and was a laborer and was a substitute for a drafted man.  He is 4942 and on the New York Data Base, which states that he was retained in the service at the mustering out of the regiment and was "sick" in the general hospital in Philadelphia and then in the Carver hospital in Washington.