Peter Francis Carpentieri was born on September 5, 1915 in New York City to parents Frank Paul and Giuseppina "Josephine" Foscaldo Carpentieri.  As per the 1920 U.S. Census, the family lived in the Richmond section of New York City.  He enlisted in the U.S. Army on March 10, 1941 in New York City as a Private.  No further information is available on his service. 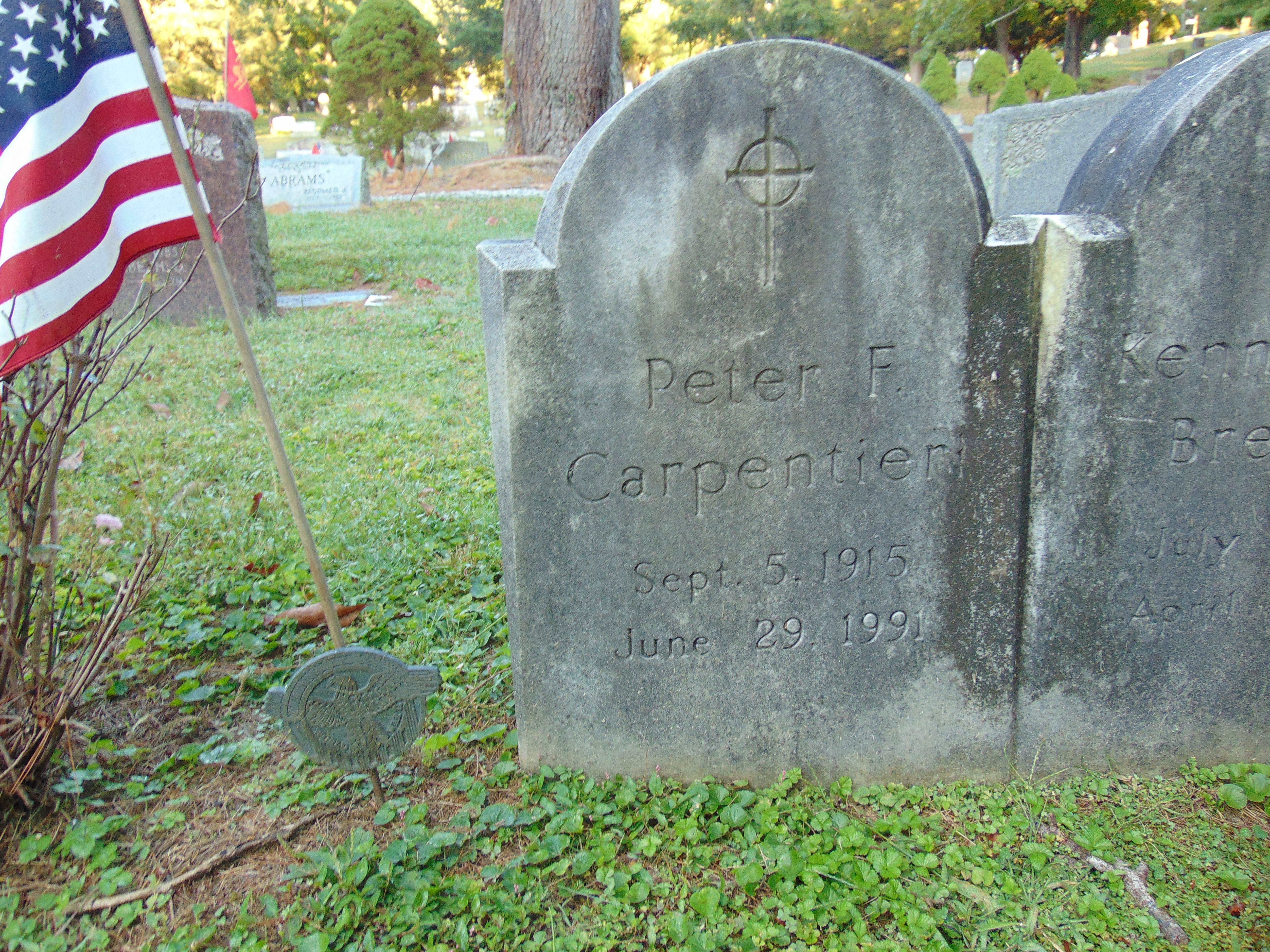