He enlisted in the U.S. Marine Corp on July 1, 1935.  He was a Second Lieutenant by December 1938 in the General Services Unit, 3rd Reserve District, New York.  In April 1940, he was a First Lieutenant in the Headquarters and Service Battery, Antiaircraft Artillery, 4th Defensive Battalion on Parris Island, SC.  In July 1942, he was a Captain in the Base Depot, Fleet Marine Force, Norfolk, VA.  While a Lieutenant Colonel, he was the Battalion Commander of the Fifth Antiaircraft Artillery Battalion, Corps Artillery, V Amphibous Corps when in training and transferred on June 12, 1944 to the Seventh Antiaircraft Artillery Battalion.  In July 1945, he was part of the Marine Corps School at Quantico, VA.  In April 1946, he was with Company "A", 1st Battalion, Headquarters in Washington, DC.  In January 1952, he was a Colonel (promoted July 1, 1951) at Camp Lejeune, NC and in July 1956, was at Camp H.M. Smith in Hawaii.  He was still in the Marines in 1961; his retirement date is unknown. 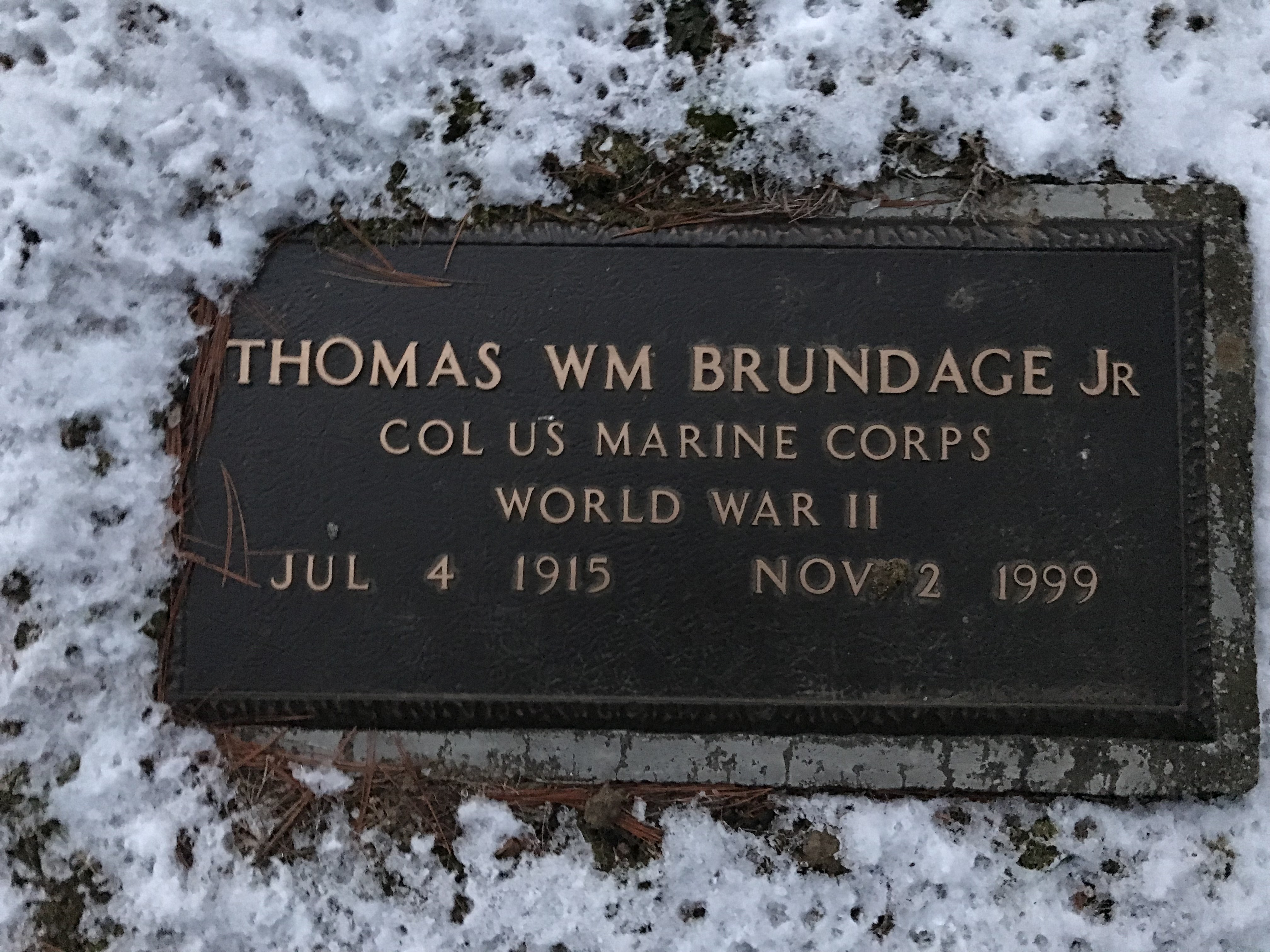