Kenneth Dosh F. Brengle (a/k/a "Bringle") was born on July 19, 1917 in Winchester, VA to parents Elmer Ellsworth and Helen R. Dosh Brengle.  As per the 1930 U.S. Census, the family still lived in Winchester but the parents were divorced and Kenneth was working for the police department of the City as a stenographer/typist.  He enlisted in the U.S. Army on April 27, 1943 in Richmond, VA as a Private.  During WWII, Private Brengle was promoted to Technician 4th Grade in the 629th Engineer Light Equipment Company, which built and rebuilt roads and bridges behind the front lines of western Europe.

After the end of WWII, Tech4 Brengle continued in the Army and also served during the Korean War.  No further information is available about his service or post-war life.  He died on April 4, 1970 (place unknown). 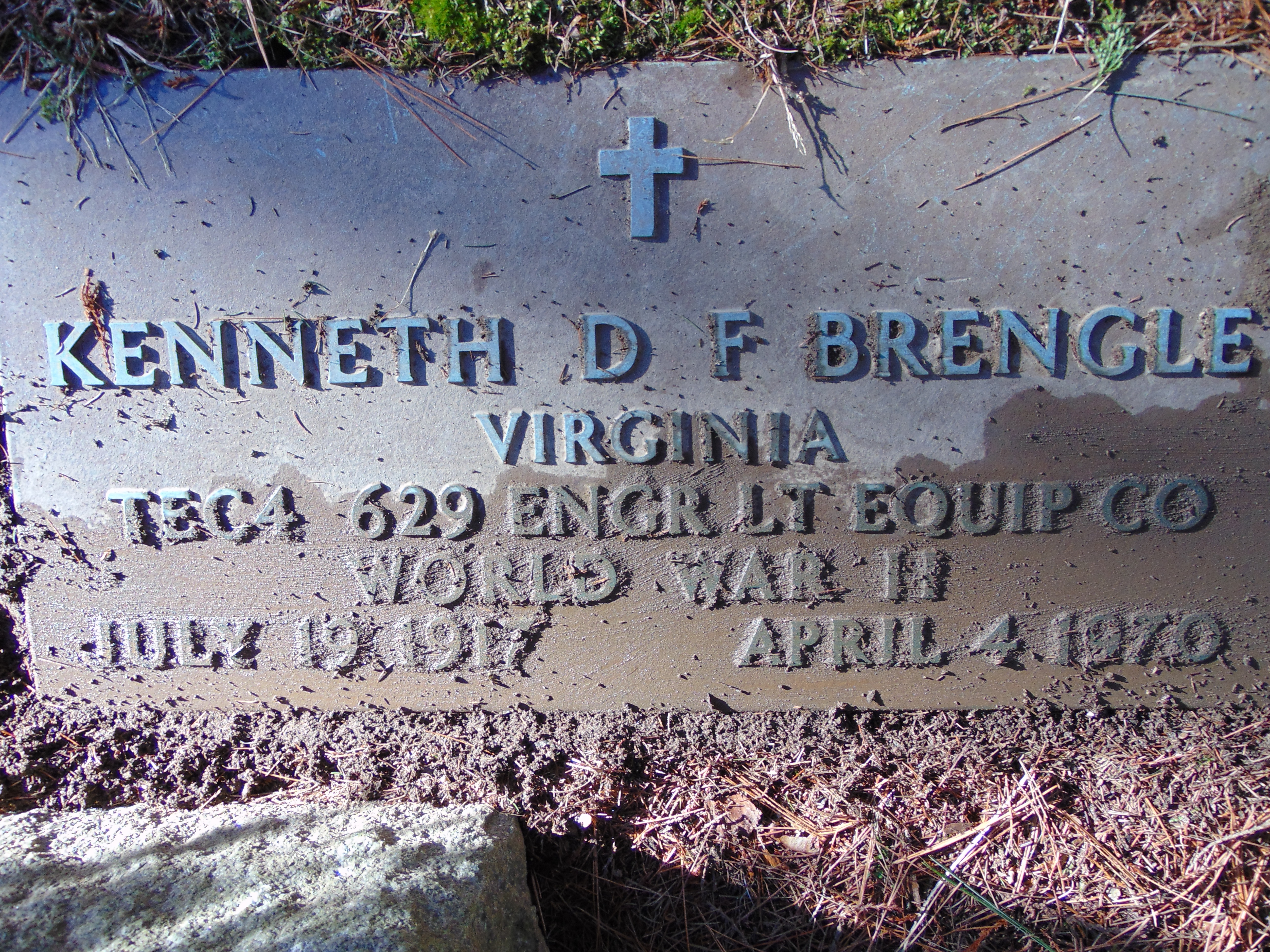