Halstead Bailey was born on November 22, 1893 in Dalton, Massachusetts to parents Halstead and Mary L. Banks Bailey.  As per the 1900 U.S. Census, he lived in Vineland, New Jersey.  As the the 1910 U.S. Census, he was a machinist, spark coil works for General Electric Co. in Pittsfield, MA.

He registered for the draft on June 5, 1917.  He was a Private in Company H of the 28th Infantry Division (the "Iron Division" - composed of volunteers from Pennsylvania and Connecticut) of the U.S. Army in World War I.  No other information on his service is available. 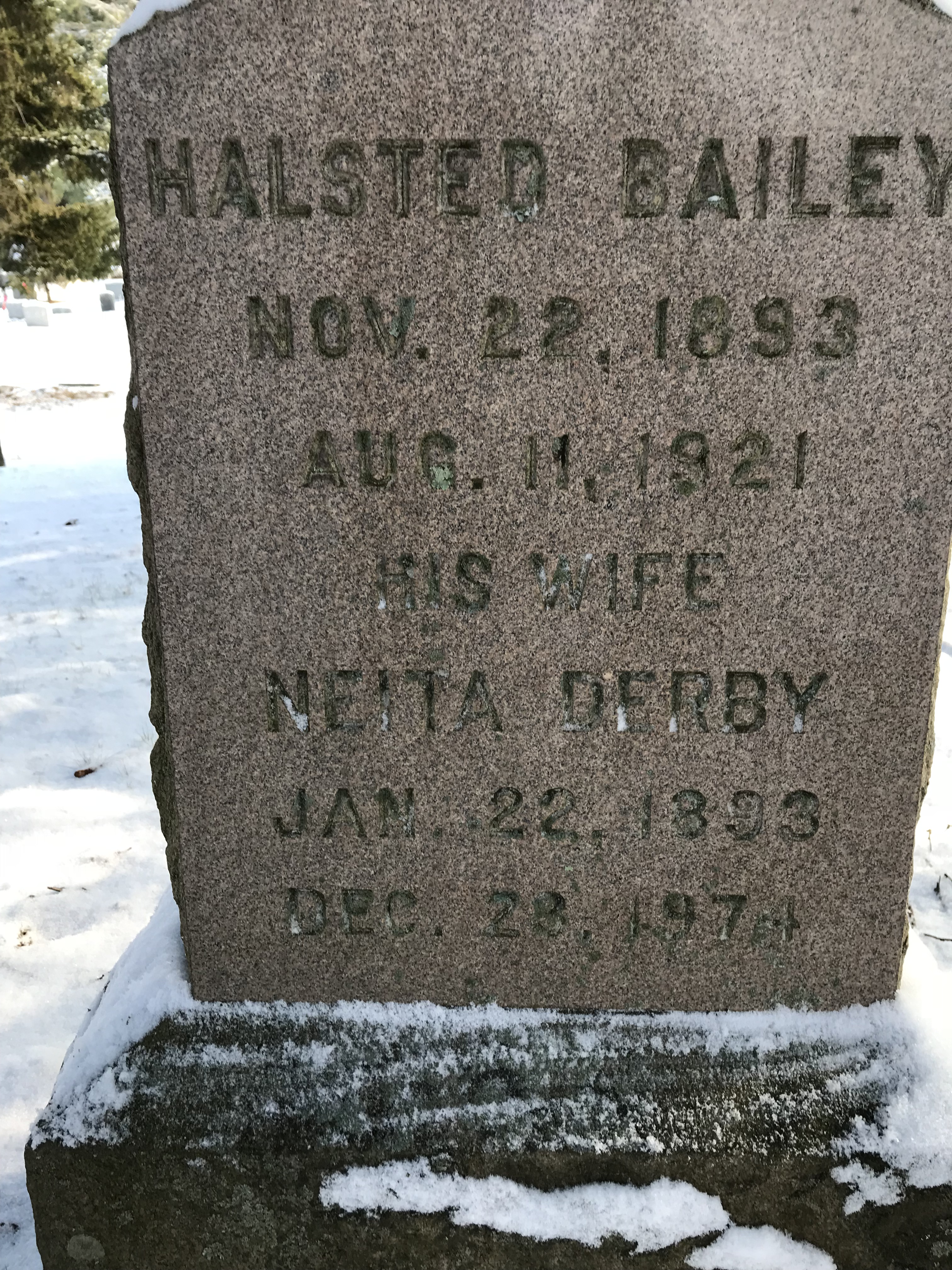