Harley Hewins Apgar was January 16, 1931 in Passaic, NJ to James Wyckoff (also listed on this website and buried in Middle Patent Cemetary) and Bessie May Hewins Apgar.  As per the 1940 U.S. Census, the family lived in Norfolk, VA.  He was in the U.S. Army, but details are not available about his service. 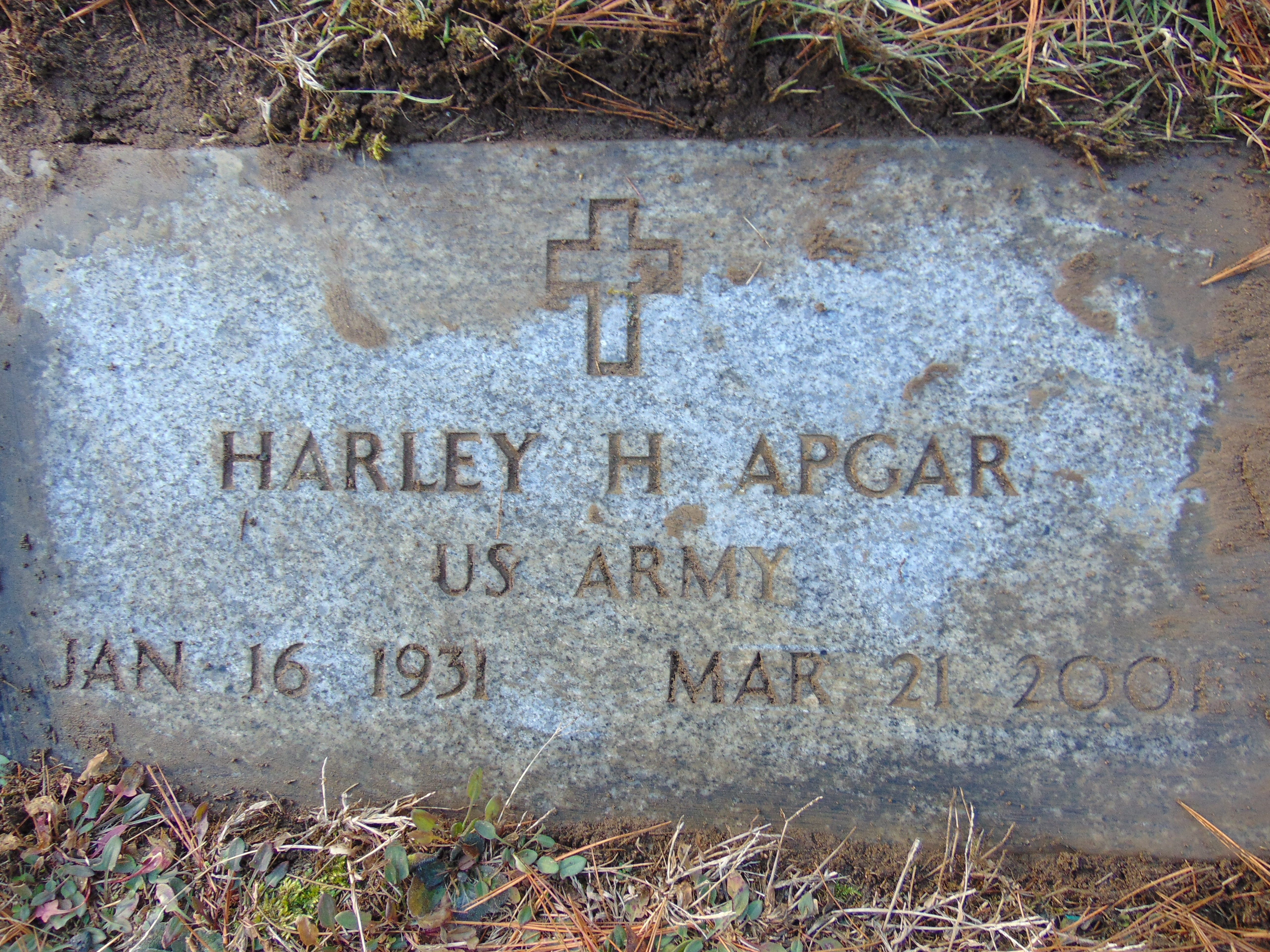