Frank Edward Anderson, Jr. was born on March 26, 1920 in Banksville, NY to parents Frank Edward and Grace Bates Anderson.  Prior to enlisting, he was single and was a semiskilled asbestos and insulation worker for the Electrolux Corporation in Old Greenwich, CT.  He enlisted in the U.S. Army Air Force on September 1, 1942 in Hartford, CT as a Private.  He was a Private 1st Class when released from service.  No other information on his service is available.

He was married to and then divorced from Elizabeth (maiden name unknown); they had three daughters (Bettly Lou, Grace and Elaine) and lived in Stamford, CT.  He was a machinist at Consolidated Diesel Electric Co. of Old Greenwich, CT.  He died on September 30, 1969 in Stamford. 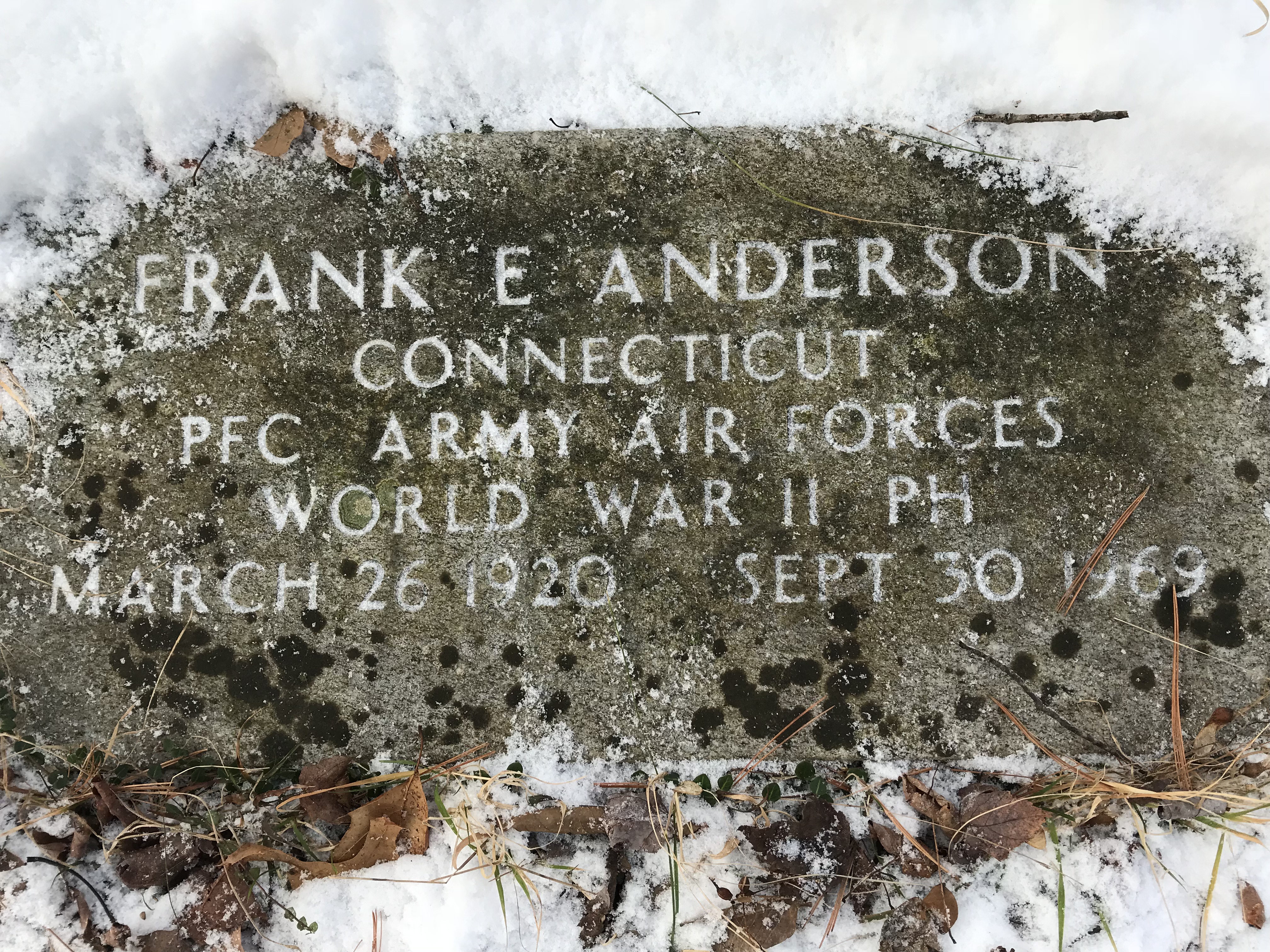