Arthur William Anderson was born on March 12, 1897 in Pleasantville, New York to parents August and Amanda Nelson Anderson.  He was inducted into the U.S. Army in New Rochelle, NY on September 7, 1918.  He joined Company C of the 2nd Provisional Regiment, 156th Depot Brigade on September 13, 1918.  After training, he was transferred to the Headquarters Company of the 7th Regiment Field Artillery Replacement Draft Camp in Jackson, South Carolina.  He was promoted to Corporal on October 21, 1918 and to Sergeant on November 21, 1918.  He was honorably discharge upon demobilization on January 2, 1919.

He died in November 1965 in Cold Harbor, New York. 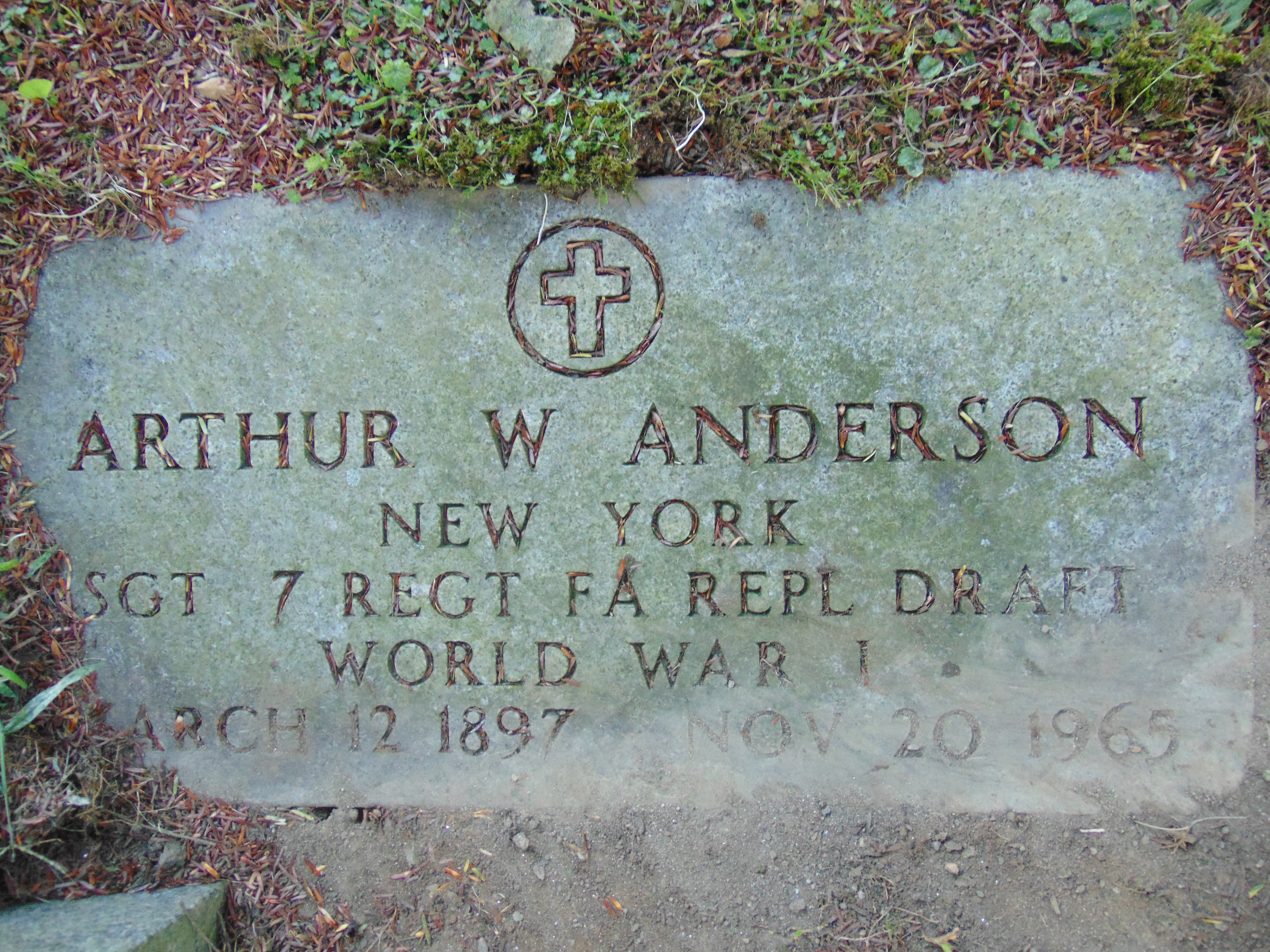