Sergeant Anderson married Ida Mary Schielke on October 4, 1921 in New York City.  As per the 1940 U.S. Census, he was living in New York City and working as a painter.  No other information is available on his post-war life. 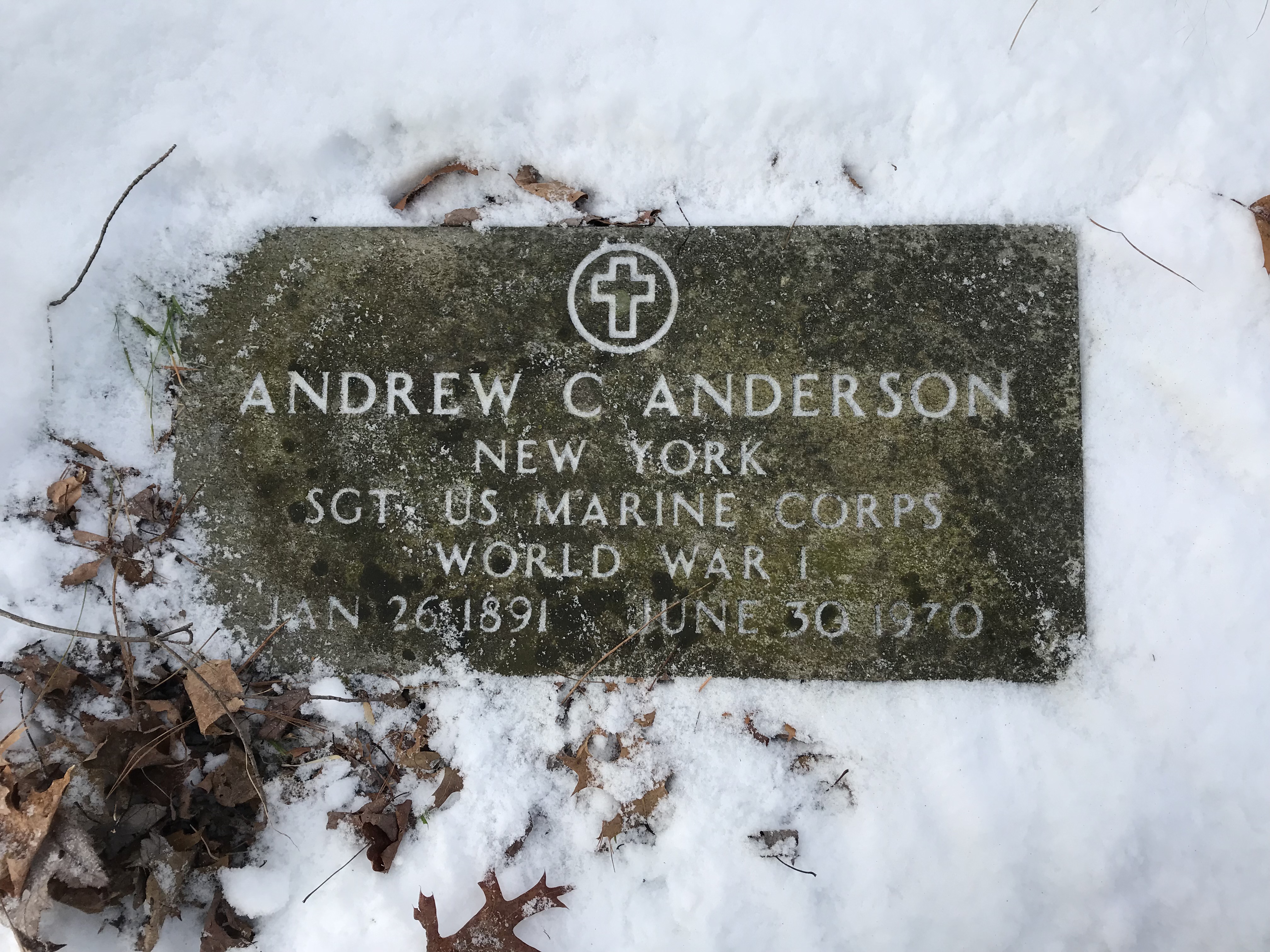