Smith Crabb was born in February 1805.  Mr. Crabb formerly had a Grand Army of the Republic marker near his tombstone, which possibly caused the belief that he was a Civil War veteran.

He is in the Stamford, Connecticut censuses of 1850 and 1860.  His wife was Lavinia and they had four children together.  In 1880 he lived in Mt. Pleasant, New York, with his new wife, Josephine.  Richard Lander, North Castle Town Historian said that "military records could not be found."  Further research did not find any military records either.  The conclusion is that the G.A.R. marker was probably misplaced and Smith Crabb is not a Civil war veteran. 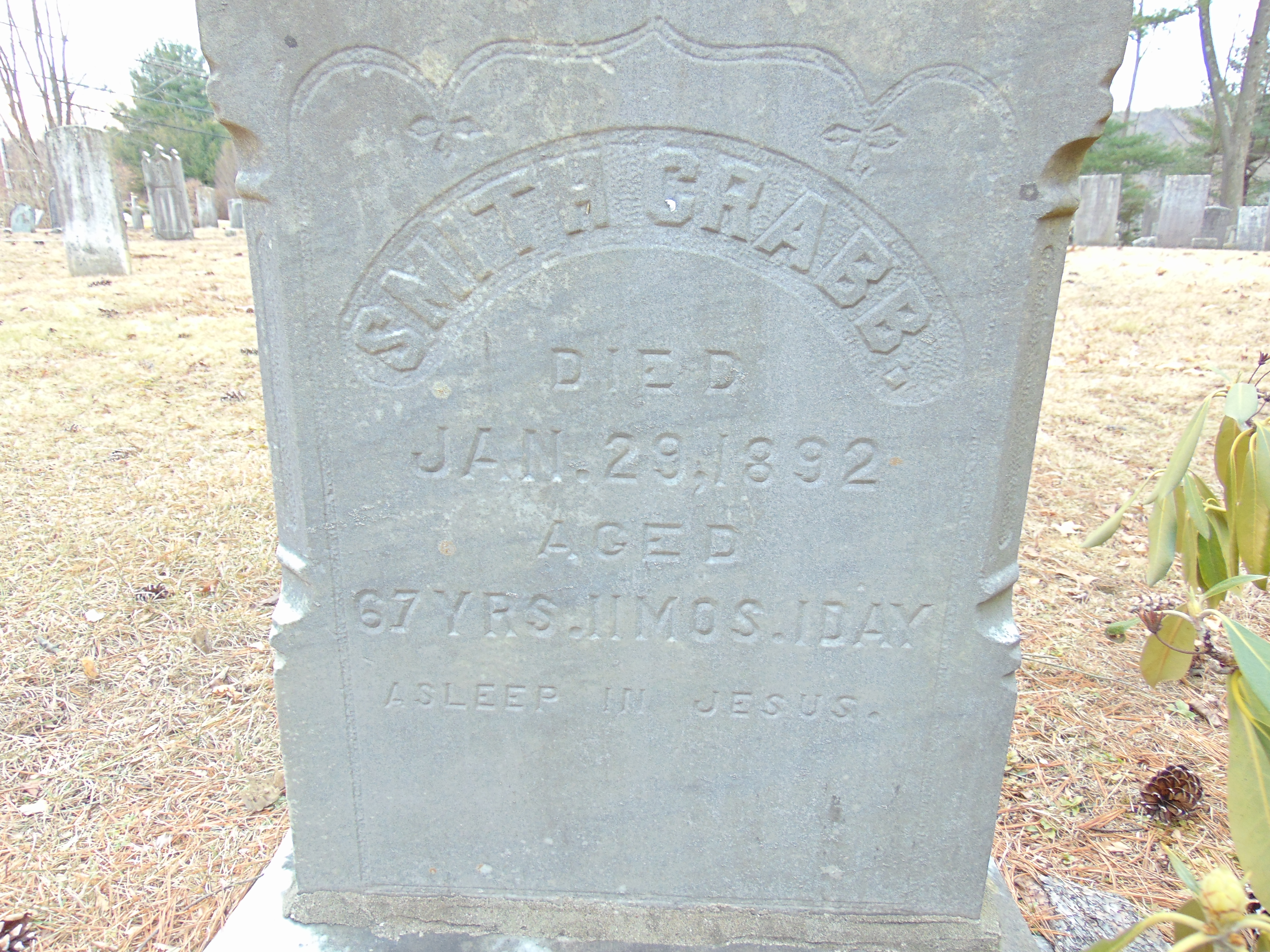