The Lyon cemetery is set back from Bedford Road (Route 22) across from Chestnut Ridge Road.  It is rumored that a number of Revolutionary War soldiers who supposedly died from their wounds in a field hospital are buried here, but no confirmation has been found to confirm this rumor.  Captain Roger Lyon and his seven sons fought in the Revolutionary War.  Around the turn of the 20th Century, some of the people interred at this cemetery were moved to Long Ridge Cemetery in Connecticut.

This cemetery has no signage.

The following is a list of all veterans that were laid to rest at this cemetery. Click on a name for more information. 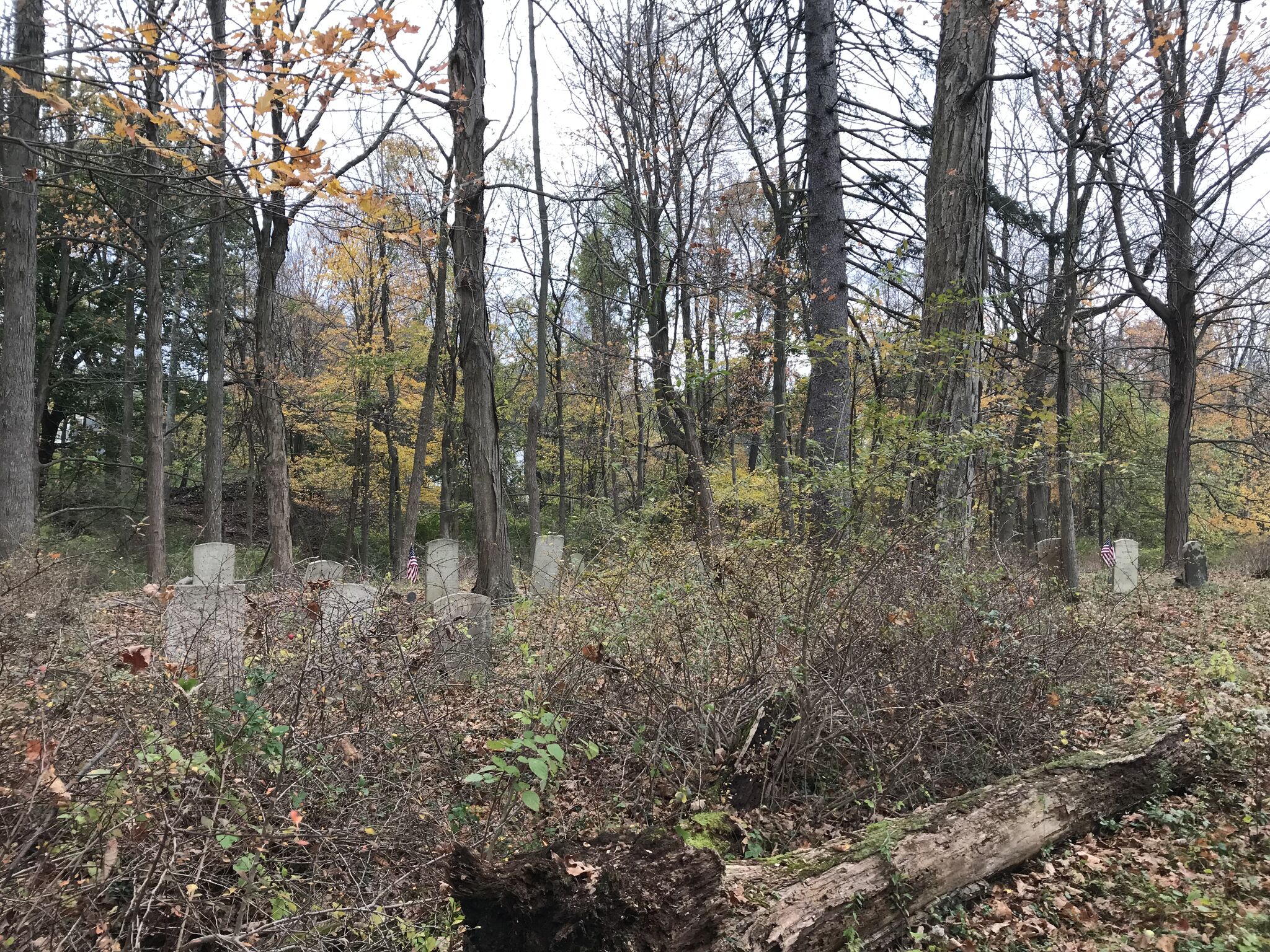